Announcing this after chairing PBB’s supreme council meeting here on Saturday (Aug 6), party president Tan Sri Abang Johari Tun Openg said Willie’s admission into the party would be as an ordinary member and without any commitment.

"(Accepted) as an (ordinary member). That’s all. Don’t embellish it. As an ordinary member, because he (Willie) supports PBB as a good party,” he told a press conference after the meeting.

Willie, who is the Deputy Minister of Plantation Industries and Commodities and a member of Bersatu, had applied to join PBB earlier this year.

He won the Puncak Borneo seat in 2018 on a PKR ticket, but was expelled by the party along with several other MPs from the party in 2020 who were aligned to its then deputy president, Datuk Seri Azmin Ali. - Bernama 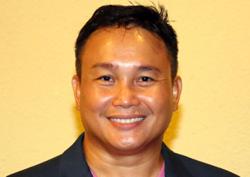