Anniversary goodies up for grabs

KUALA LUMPUR: Watsons’ members are in for a treat as they can look forward to more rewards, benefits, and events as part of the Watsons Club Members’ 12th anniversary this month.

Loh said they were partnering with LBS Bina Group Bhd for the “Shop with Watsons and Walk Away with a Home” campaign to reward members with many exciting prizes.

“This includes a brand new home at LBS SkyLake Residence courtesy of LBS when members shop with Watsons.

“This giveaway is our way to show our appreciation to the over seven million Watsons’ members, especially those that have stayed with us throughout the years,” Loh said during the launch at LBS Skylake Residence yesterday.

Watsons Malaysia customer director Danny Hoh said members could enter the giveaway by spending at least RM100 in a single receipt when they shop with Watsons.

“Members who spend at least RM100 at our stores are entitled to one entry for the giveaway, while those that shop online for the same amount at Watsons’ online store get two entries.

“In addition to the grand prize, a thousand RM120 Watsons’ eVouchers will also be up for grabs during the giveaway,” he said. 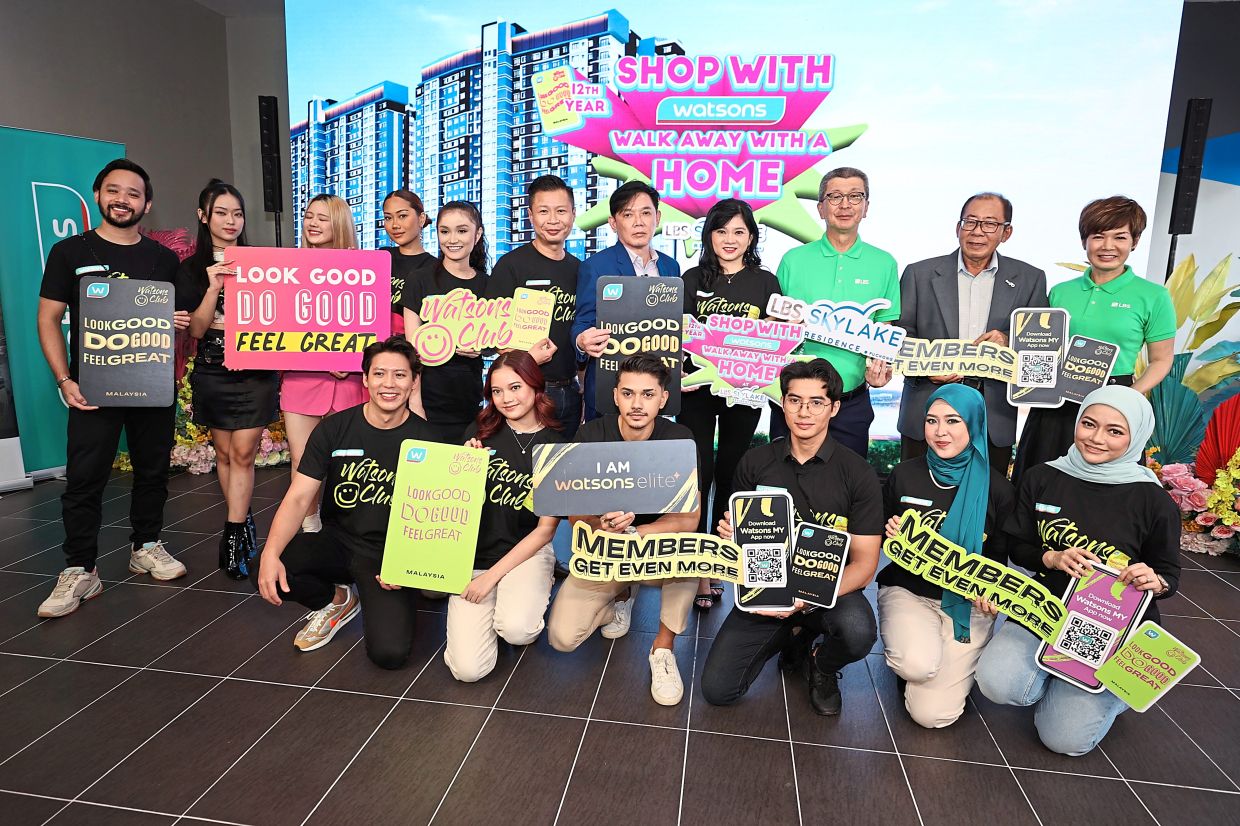 He also announced Watsons’ partnership with Atome, a buy now and pay later brand, in which both new and current Atome users could enjoy additional benefits.

“All Atome users will get a 5% discount when they spend a minimum of RM50 at Watsons, while new users can enjoy a further RM15 off,” Hoh said.

Also present at the event was LBS Bina Group Bhd chairman Tan Sri Lim Hock San, who commended the collaboration between both companies. He also expressed his best wishes to all participating in the giveaway.

“I’m sure this collaboration with a renowned company like Watsons will be a great opportunity for both parties in the future.

“I hope LBS will have an incredibly special place in the heart of the home winner of the giveaway,” Lim added.

Other campaigns and promotions for the month of August include an incentive promotion for new Watsons members who get lifetime memberships, five times the reward points during their birthday month, and the Watsons 8.8 Shopathon campaign from August 1 to August 11 with sales of up to 88%, along with many other attractive deals. Also announced was the recently launched Express Delivery services for the Klang Valley only, where shoppers can shop online and enjoy same-day delivery.