The Home Minister also refuted allegations that the government had not taken adequate steps to curb human trafficking in Malaysia.

"That is why I tabled the report on Tuesday (Aug 2) because the government has taken many initiatives.

"We have taken certain steps, including improving present laws on anti-human trafficking, labour act and among others," said Hamzah when tabling the government’s response towards the latest US TIP report in Parliament on Tuesday (Aug 2).

Hamzah said findings in the latest US TIP report were subjective and not factual.

The Larut MP refuted several allegations in the report that claimed Malaysia did not have any shelter homes for trafficking victims in the northern region.

"Perlis has had shelter homes since 2017. So, as I’ve mentioned, this report is not wrong, but it’s subjective.

"We want to preserve our country’s image and when the report is incorrect, we shouldn’t say it’s wrong.

"We should say that this report was subjective, as if we did not take any steps," said Hamzah.

The Home Minister was heard telling the MPs to sit down, as he attempted to complete his winding-up speech.

Earlier, Hamzah said other Asean countries placed in Tier 3 of the TIP were Myanmar, Brunei, China, Russia, Vietnam and Cambodia.

"We are a member of the United Nations (UN) human rights task force. So, all action that we take might, could reduce human trafficking," said Hamzah.

Meanwhile, Hamzah said that beginning in 2020, Putrajaya had arrested 31 officers during Ops Benteng, which was a special operation to ensure border security.

"16 were freed, but 15 were charged and the appropriate action was taken," added Hamzah.

At the same time, Hamzah also said domestic helpers in Malaysia would come under a new system dubbed as "e-locker", where the family members of foreign maids would be updated on their well-being.

"So that these workers will not end up as victims of human trafficking," added Hamzah.

The US TIP report that was released in July had ranked Malaysia in Tier 3 for the second consecutive year. 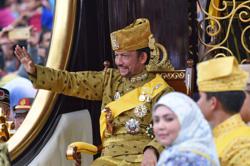 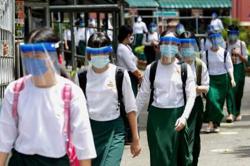