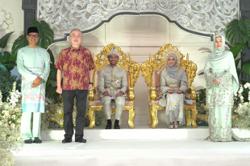 "Although Ling and Lee are 38 and 32 years old respectively and are new faces in the political arena, they both have performed well since they were appointed as exco members.

"They help Datuk Onn Hafiz Ghazi (Johor Mentri Besar) in carrying out his duties and always work as a team.

"Just like Onn Hafiz, they (Ling and Lee) are young people who are energetic, diligent, professional and have a clear vision in leading their respective portfolios.

"This is the feedback I have received from all walks of life in Johor," said the Transport Minister who is also MCA president in a Facebook post.

"Praise should be given to Chua, a dynamic young leader who is the special officer to the Johor Mentri Besar.

"He helps a lot with the Mentri Besar office's official affairs and travels to all corners of Johor.

"To all three young people - Ling, Lee and Chua - continue your efforts to help the Mentri Besar, the state government, Barisan Nasional and continue to prioritise the interests of the people," he said.

Dr Wee was in Kota Iskandar, Johor during the appointment and oath-taking ceremony of Chinese community leaders Sunday (July 31). 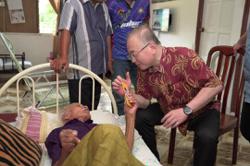