KUALA LUMPUR: The Oktoberfest cultural festival should not be held as it has the potential to disrupt social harmony and safety, says Datuk Idris Ahmad.

The Minister in the Prime Minister's Department (Religious Affairs) said non-Muslims are not forbidden from consuming alcohol, but the Oktoberfest events could trigger social problems as alcohol is consumed openly in a festival setting.

"On Oktoberfest, everyone should respect the rules and laws of Malaysia. Islam is the federal religion,” said Idris.

He said having alcoholic drinks at a party open to the public should not be allowed as it can trigger social problems affecting harmony and safety.

Idris also said the government isn't against the Bon Odori festival by the Japanese Embassy as it is a cultural celebration of the Japanese based on their traditions and beliefs.

Idris advised Muslims not to be present at such cultural event as preliminary studies and observations by the Islamic Development Department (Jakim) have shown that it has teachings of other religion and is against Islam.

Recently, Idris came into controversy after he told Muslims to stay away from the event as he said it had "elements of other religions".

This led to Selangor Ruler Sultan Sharafuddin Idris Shah ordering the state Islamic Religious Department (Jais) not to prevent any individual from attending the festival.

Oktoberfest to go ahead in 2022 after pandemic break

Polemic against Bon Odori raised the ugly spectre of intolerance 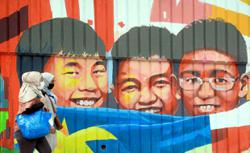