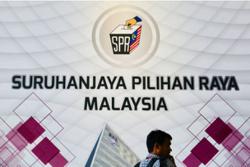 Judicial Commissioner Mohd Arief Emran Arifin, who ruled in favour of Kok, allowed her claims in the suit filed five years ago.

“The defendant (Jamal) was also ordered to pay RM50,000 in costs to the plaintiff.

“The said amount must be paid within 14 days from today,” he said in an open court proceedings here yesterday.

Jamal was not present in the proceedings.

On April 5, 2017, Kok sued Jamal for claiming that she had misused Yayasan Warisan Anak Selangor (Yawas) for her personal gain at a press conference on March 8, 2017, and it was published on social media and in print media locally and abroad.

She alleged that the statement, in the form of a video, is still accessible on Jamal’s personal Facebook page and video sharing platform YouTube.

In the statement of claim, she said the content was republished in Malaysiakini online news portal on March 14, 2017 under the heading “Jamal claims S’gor, FT reps used Yawas funds for personal gain”.

The former Primary Industries Minister claimed that the words meant, among other things, that she had misused her power, abused the state government’s fund for personal gain and that she was unethical, corrupt and without principle.

She said the allegation was improper and baseless and had injured her reputation and good name.

The plaintiff sought RM1mil in general damages, compensatory damages, aggravated damages, exemplary damages and an injunction to prevent Jamal from making further such claims in the media.