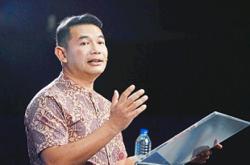 "Charges have been recommended and it is now for the Attorney General to decide the next course of action," the Deputy Defence Minister said when responding to a question by Datuk Zakaria Mohd Edris (PN-Libaran) in the Dewan Rakyat on Wednesday (July 27).

Zakaria asked what action will be taken against those involved in the scandal which resulted in a prolonged delay in the delivery of the ships to the Navy, adding that such equipment is crucial for the nation to defend its sovereignty.

According to reports, the over RM9bil LCS project was awarded in 2014 and the order was for six of the ships to be constructed by Boustead Naval Shipyard Sdn Bhd (BNS).

The ships should have been delivered in April 2019 but so far, none have been built despite the government having paid RM6bil to the company.

In November 2020, BNS’ parent company Boustead Heavy Industries Corporation Bhd (BHIC) lodged a report with the MACC on the possibility of irregularities concerning the LCS project.

Several individuals had been arrested in connection with the case, including a former top BHIC official.

Meanwhile, Ikmal informed the House that the ministry will not compromise with regards to anyone involved in corruption.

He added that the ministry will cooperate fully with the MACC with regards to ongoing investigations into the case.

"Anyone with information or evidence should lodge a report directly with the MACC," he added. 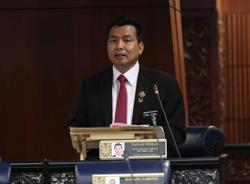