Govt opens up more sectors for foreign workers from India

“Recently, the Home Affairs Ministry and Human Resources Ministry joint committee have approved other sectors,” he said briefly while answering questions from lawmakers during the tabling of the Employees' Social Security (Amendment) 2022 Bill in the Dewan Rakyat on Thursday (July 21).

Restaurants under the services category and high tension cable work in the construction category are among those approved to take in foreign workers from India.

On another matter, commenting on the case involving misappropriation of PenjanaKerjaya funds, Saravanan said it was a joint operation between the Malaysian Anti-Corruption Commission (MACC) and the Social Security Organisation (Socso).

“This is our effort. We enlisted MACC. There is a misunderstanding that MACC took action against Socso but in fact it was a joint operation,” he added.

He went on to say that Socso was not wiling to make any comments on the case as it could disrupt the ongoing investigation.

He said so far, 66 companies and 37 individuals have been brought to book through the operation.

PenjanaKerjaya was introduced in 2020 under the National Economic Recovery Plan, offering financial incentives of between RM600 and RM1,000 to employers for each employee or apprentice employed for up to six months.

Socso has suspended payments totalling RM423mil for the programme following the probe.

The Employees' Social Security (Amendment) 2022 Bill was passed after it was tabled for the second and third reading on Thursday.

The amendment seeks to raise the wage ceiling for contributions to the First Category (Employment Injury Scheme and Invalidity Scheme) under the Act from RM4,000 to RM5,000. 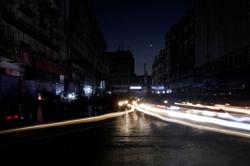