BALING: The national-level Steering Committee on Addressing Deviationist Teachings (Japas) under the Islamic Development Department Malaysia (Jakim) plays a role in safeguarding the sanctity of Islam from being insulted or ridiculed by irresponsible parties.

He said the committee played a crucial role in ensuring the faith of Muslims was not distorted by the actions of some who ridiculed and insulted Islam.

"When we receive a report (on persons insulting Islam), we will act and will contact them because we do not want them to deviate from the true teachings of Islam. Muslims have to remember, if they make a mockery of Islam, it concerns their faith.

"If it s due to their ignorance , we (Japas) will advise them, but if they are still stubborn, then action will be taken," he told a press conference after presenting flood relief donations at Sekolah Menengah Agama (SMA) Arab Yayasan Khairiah near here Sunday (July 17).

Idris said this when asked on the action of a Muslim who was alleged to have insulted Islam during a performance at a comedy club in Kuala Lumpur recently.

In another development, he said a total of RM1.3mil had been donated by the Federal Territory Islamic Religious Council (MAIWP) to help residents affected by the floods and the water surge phenomenon that hit Baling last July 4.

The contribution by MAIWP is for rebuilding three houses, including its furniture, involving RM270,000, cash assistance amounting to RM672,000, repair of SMA Arab Yayasan Khairiah (RM300,000) and aid for surau and mosques (RM58,000). - Bernama 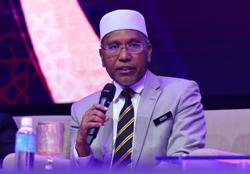 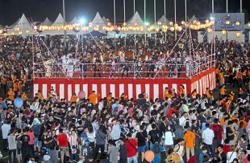