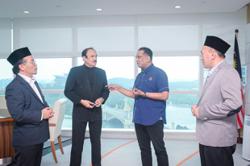 PUTRAJAYA: The Communications and Multimedia Ministry will hold a meeting with the state governments to discuss the proposal for entertainment tax to be cut or reduced, says its Deputy Minister Datuk Zahidi Zainul Abidin.

Through the meeting, he said he would propose for the local authorities not to impose excessive entertainment tax on the country’s art and film industry.

"If possible, we want to ask local authorities not to impose very high (entertainment) taxes as currently, they (art practitioners) have to pay

"If the local authority imposes a very high entertainment tax, it will hamper the development of the film industry, and its quality,” he told reporters after launching a drama titled “Penanggal Mak Kiah” here today.

Previously, Muar Member of Parliament Syed Saddiq Syed Abdul Rahman proposed for the entertainment tax be cut as an alternative to improve the country’s art and film industry.

He said that the government supported the efforts of local film and drama producers, by offering a Digital Content Grant (DKD) via the National Film Development Corporation Malaysia (Finas), an agency under the ministry.

From 2017 until June this year, an allocation totalling RM180.824mil was channelled to industry players who received the DKD offer, as a move to produce local works of various genres. - Bernama 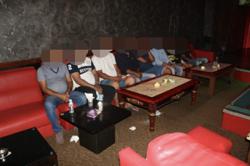 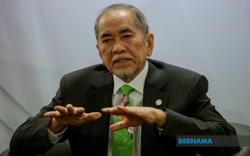