PETALING JAYA: The proposed merger between Digi Bhd (Digi) and Celcom Axiata Bhd (Celcom) does not lie within the purview of the Malaysia Competition Commission (MyCC).

He added that this includes the telecommunications and multimedia sector, among others.

“In this regard, MyCC leaves matters related to the said proposed merger to the wisdom of the MCMC and is certain that a careful assessment and evaluation process has been carried out by them prior to reaching a decision,” he said.

He added that MyCC’s current amendment exercise aimed at introducing a merger control regime in Malaysia was also on track but highlighted that several sectors were excluded from its purview such as those under the MCMC.

“At the same time, we hope that future decisions by MyCC on merger applications will be the main reference and guide for all other authorities in ensuring a consistent and robust policy landscape that will create certainty in the market,” he said. 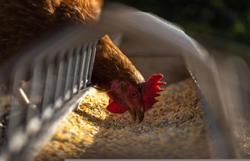