PETALING JAYA: Umno will continue to push for the 15th General Election (GE15) to be held this year and is in no danger of imploding despite Datuk Seri Tajuddin Abdul Rahman’s recent expose, say analysts.

“The economy is expected to worsen, inflation will rise and the Opposition is disunited now. Meanwhile, Malaysians want political stability so they can make decisions easier,” he said.

Tajuddin, who was removed as an Umno supreme council member a few days before that, said the plot involved getting the signatures of division chiefs for a memorandum urging Ahmad Zahid’s resignation and that preliminary internal studies had shown this move was supported by 131 out of 191 of the party’s division chiefs.

Prof Awang Azman downplayed the Pasir Salak MP’s expose, saying that he was just a supreme council member who was appointed after he lost in the Umno polls for the vice-presidency in 2018.

“It will be different if the deputy president was sacked, which could trigger a major party crisis,” he said, adding that the Barisan Nasional convention in Sabah tomorrow will see several announcements.

Among the top leaders speaking at the Sabah Barisan 2022 convention in Penampang will be Ahmad Zahid and Najib, who is Barisan advisory board chairman.

The event is expected to see 5,000 attendees. The last Barisan convention held at the World Trade Centre Kuala Lumpur on June 1 drew some 4,500 people.

Singapore Institute of Interna-tional Affairs adjunct senior fellow Dr Oh Ei Sun said Umno has proven to have an ability to unite in facing challenges such as a general election.

“The various Umno factions will fall back in place and help the party secure a resounding win.

“But when the overall political danger is not imminent, then the factions would burst out in full colours.

“So Umno can still press for an election to be held at the earliest opportunity, and will still score a big win despite the current power struggle,” he said.

Azmi Hassan, a senior fellow at Nusantara Academy for Strategic Research, said Tajuddin is a known ally of Prime Minister Datuk Seri Ismail Sabri Yaakob (who is Umno vice president and not in favour of early elections) and the press conference might have backfired.

“I think it will give an extra push to those in Umno wanting an early GE15,” he said.

He also cast doubt on Tajuddin’s claim that 130 division leaders had wanted Ahmad Zahid to resign as party president.

“Tajuddin is a walking blooper ... so he does not hold much credibility in terms of representing groups wanting to hold GE15 at a later date,” he said. 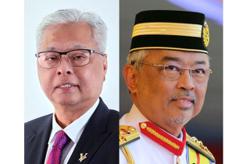 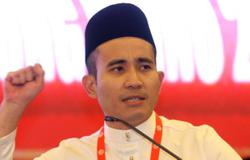