PETALING JAYA: The Association of Employment Agencies Malaysia (Papa) has told its members to use only authorised channels to recruit Indonesian domestic workers or face membership termination.

Vice-president Suresh Tan said that Papa would take action against its members who were found to recruit maids from the republic via the Sistem Maid Online (SMO) as they had been warned against this.

“If they’re found (using the system to recruit Indonesian maids), we will terminate their membership immediately,” he said.

SMO, which is a system under the Immigration Department, enables the conversion of tourist visas of nationals of several countries into work permits as domestic workers.

However, Indonesian ambassador to Malaysia Hermono had told The Star that the SMO should have been disabled two months ago in accordance with a memorandum of understanding (MOU) between Malaysia and Indonesia.

When contacted, Tan also urged the Malaysian government to speed up the approval for maids of other nationalities while ironing out the hiring procedures of Indonesian helpers.

“We request that the government expedite the approval of the maid application process for other countries while sorting out the procedures for Indonesia,” he said.

Besides Indonesia, the other countries on the SMO list are the Philippines, Sri Lanka, Thailand, India, Laos, Nepal, Vietnam and Cambodia.

Acknowledging the demand of the Indonesian helpers among Malaysian households, Tan said that the hiring must only be done through licensed employment agencies that adhere to government regulations.

“This will lower their risk of losing money in hiring the Indonesian maid as it is mostly supplied by the freelance agents who don't have the licence and office here.

“These are the agents who are violating our recruitment laws and our government should take stern action against them and put them behind bars.

“The Labour Department (JTK) has told all the licensed agencies not to hire maids through SMO, otherwise the licence would be revoked by them,” Tan added.

He advised the public to also consider maids from other countries such as from the Philippines as the recruitment processes are well monitored by the authorities.

“Meanwhile, employers can also consider Filipino maids as the salary is almost the same as Indonesian ones.

“They may save on the recruitment charges as the supply fees from the origin country are much cheaper compared to Indonesia and their recruitment process is much more transparent and well monitored by the authorities,” he said.

Tan explained that foreign representatives such as the Philippines Embassy have strict guidelines, saying that recruitment should only be done via registered agencies under Papa and three other associations.

“More foreign embassies will endorse this practice as their people's welfare is protected through legitimate and responsible agencies,” he added. 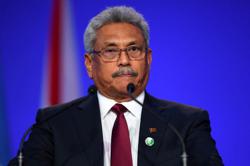