A fishing boat being built by Fibra Marine Manufacturing and Trading. The new boats will be made of fibreglass which is more durable than wood.

ELIGIBLE fishermen involved in the Penang South Islands (PSI) reclamation will be getting modern boats that are safer and higher in capacity in the second half of the year under the project’s Social Impact Management Plan (SIMP).

Preparations are now underway to build the first batch of 20 new vessels, which have been designed by marine consultant Aaira Marine Consultancy and Services.

Its technical expert Mohd Amirrudin Mohd Zainudin, who specialises in naval architecture and boat building, said the boats would be made of the more durable fibreglass.

“Wood was the common material for boatmaking in the past. But the material decays after just a few years of use.

“Fibreglass boats are more durable and require less maintenance. If we use fibreglass on the whole boat, we will build a lighter and more durable vessel.

“When boats are lighter, they travel faster, consume less fuel,” he said, while also recommending the use of the lighter PU composite honeycomb for boatmaking. Fibra Marine boss Mohamad Naser Talib is targeting to deliver the 20-boat order in three months, with the first to be completed next month.

Aaira Marine’s work with PSR fishermen began late last year when it audited old boats that belonged to fishermen who had signed up for the SIMP and found many to be in bad shape.

The consultant then went through rounds of discussions with the first batch of 20 recipients to get their feedback on the design of the new boats.

“We wanted to make sure the fishermen get the best design. Now, most boats are built without following boatmaking standards set by the Food and Agriculture Organisation (FAO),” Amirrudin said.

He said the new 27ft (8.2m) boats also marked a new beginning in efforts to modernise coastal fishermen, which was in line with the Fisheries Department’s (DOF) nationwide agenda.

“Starting this year, all boats to be built must have general arrangement plans certified by DOF. So far, the design for the new boats for PSI area fishermen is the first to get DOF certification.

“When we submitted the plans in February this year, DOF said PSI’s boat aid programme was the first to submit the general arrangement plan for the department’s technical division to review and approve,” he said.

PSI’s SIMP, which was formulated by the Penang government to benefit and bring progress to the local fishing community, includes giving new boats and engines to registered boat owners (tekong) from the Permatang Tepi Laut, Sungai Batu, Teluk Kumbar, and Gertak Sanggul fishermen units in Tier 1.

Based on Penang Fisheries Department records, 315 boat owners are eligible to receive the new boats along with higher-powered four-stroke engines under the SIMP. 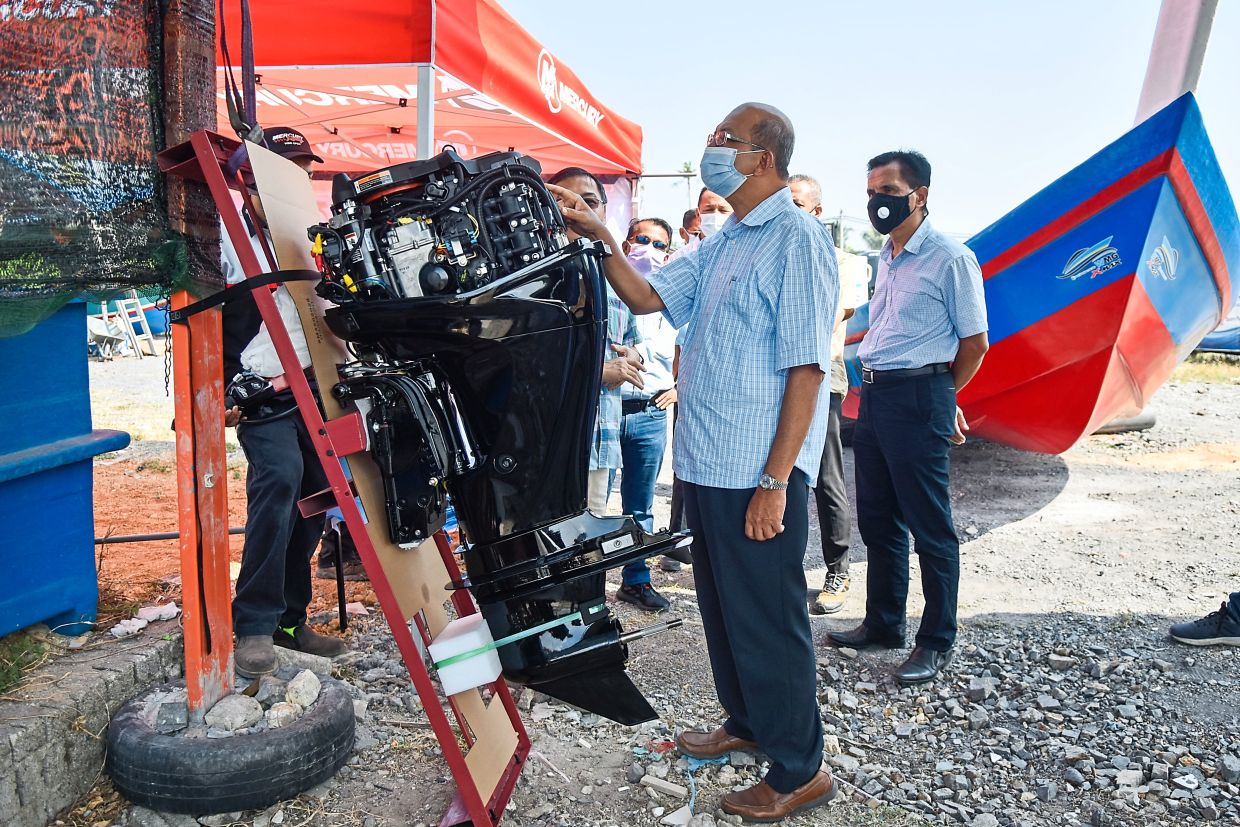 Penang Infrastructure Corporation CEO Datuk Seri Farizan Darus having a closer look at a new boat engine. He says that the provision of new boats and more powerful engines to the fishermen demonstrates the state government’s commitment to improve the fishermen’s livelihood.

Boat maker Mohamad Naser Talib’s company Fibra Marine Manufacturing and Trading in Butterworth has been shortlisted to build the first 20 boats. The formal appointment as the contractor is now pending.

Naser said he and his workers, who have experience building 20ft (6m) to 35ft (10.7m)-long fishing boats, aim to finish the order in three months.

“We need two workers to build a 27ft boat. I think we can wrap up the order in three months,” he said, adding that the boats designed for PSR area fishermen were good and practical and should last for over 20 years.

“They have a choice between open deck or closed deck boats. The type they choose depends on what they fish.

“They will choose open-deck boats if they mainly catch mackerel (kembung), shrimp, and crab.

“Closed deck boats are more suitable for those catching pomfret (bawal) and threadfin (senangin) because the fishermen need compartments to store their nets,” he said when met at his shipyard in Padang Benggali.

Naser said PSI would give new opportunities to fishermen and bring them progress.

“This project can also be good for tourism. Fishermen have much to gain. They just need to open their minds and see the opportunities.

“If we just stay the same, we will not progress,” he said.

The new boats and the new engines – either Yamaha or Mercury, depending on the fishermen’s preference – will undergo predelivery tests to check for defects and to make sure they can float well and cope with rough handling at sea.

The boats will only be delivered to the fishermen after passing the final acceptance test.

“Our four-stroke engines are quiet, cleaner, and have more fuel economy, which is good to help fishermen reduce their fuel cost. Depending on the RPM (revolutions per minute), they can save 30% to 50%.

“Four-stroke engines offer a solution for reducing emissions, which is good for the environment; as well as a way to save cost for fishermen and enhance their income,” he said, adding that his company offers two-year warranty for the engines.

“They are kinder to the environment and more fuel saving compared to the two-stroke engines used by fishermen.

“Fishing will continue during and after PSI’s reclamation. The fishermen themselves know this, which was why some had asked the state government for new boats when the SIMP scheme was being worked out.

“We have now identified a Penang-based boat maker (Fibra Marine) for the job. We are targeting to have the first few boats built and start delivering them in phases to the fishermen from end of July,” he said.

Farizan said the state government would also build new jetties equipped with facilities for Tier 1 fishermen units, and a 250m-wide navigation channel that allowed 24-hour access to the sea.

However, the jetties can only be built years from now, as the PSI islands have to be reclaimed first to provide the new jetties protection from strong waves.

As a temporary measure for Permatang Tepi Laut fishermen who berth their boats along the banks of Sungai Bayan Lepas, the state government would provide temporary berthing and storage facilities, Farizan said.

“Engagements with the fishermen involved are still ongoing to seek their views on the design of the facilities. We aim to start work in the third quarter of this year and complete construction in 12 months.

“I believe this is also a first for fishermen to receive so many benefits under a reclamation project’s mitigation plan,” he said.

The SIMP also offers fishermen financial aid in the form of ex-gratia, job and business opportunities, training opportunities, tuition programmes for their schooling children, and a homeownership scheme.

DOF data puts the total number of registered fishermen involved in the PSI development at 952 from Tiers 1 and 2. 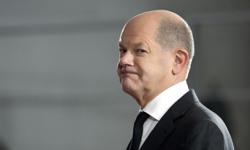