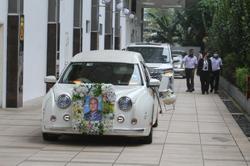 KUALA LUMPUR: Residents of the Amber Court Apartment in Genting Highlands are fed up with rumours and bad press that the building is haunted.

Amber Court Management Corporation chairman Datuk Seri Dr KK Chai said more than 100 residents gathered outside the apartment on Saturday (June 18) to protest against YouTubers and conmen who come to the apartment to make videos on supernatural activity, claiming that the building was haunted.

"Their allegations are baseless. None of us has ever seen a ghost let alone been disturbed by supernatural activity at the apartment.

"I believe these people making videos are just doing it to make themselves popular or they have a hidden agenda.

"Some of them claim to be so-called 'sifu' who can get rid of ghosts but at a price," he told reporters at the MCA Public Services and Complaints Department on Wednesday (June 22).

He said for decades, the apartment has been labelled as haunted.

"Some residents have already lodged police reports over conmen claiming they could cleanse the apartment of bad spirits.

"He warned these YouTubers and conmen to stop spreading false information or face legal action," he said.

Its former chairman who was also present said such videos and allegations have brought down the value of the apartments there.

"While it costs at least RM1,000 per sq ft at other properties around Genting Highlands, the Amber Court property was currently only valued at around RM250 per sq ft.

"These baseless and irresponsible claims are damaging the name of the apartment.

"To date, over RM1.4mil has already been spent to upgrade the apartment's looks and change the elevators but these people continue to bring a bad name to the apartment," he said.

"These residents will no longer tolerate such videos and claims.

"They will take legal action," he said, adding that his legal team is looking into the matter.

Chong said he has watched some of the videos of these "sifu" claiming there were spirits roaming around.

"They can even claim that they can see these spirits playing mahjong. The residents have had enough," he said. 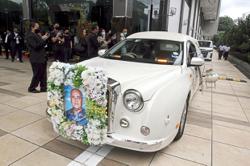