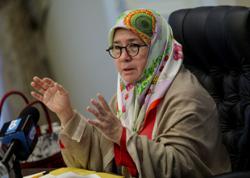 KUANTAN: A government pensioner claimed to have lost over RM4.3mil to a love scam syndicate after getting acquainted with an American man through Facebook.

Pahang police chief Datuk Ramli Mohamed Yoosuf said the 66-year-old woman said she had been duped by the man, who claimed to be a geologist at an oil and gas company in the United States, who convinced her to part with her money between last Dec 2 and May 31 this year.

“Various excuses were given by the suspect to dupe the victim, including for him to pay an urgent debt, work permit fee, medical costs, as well as the cost of paying lawyers to settle issues involving his late father’s estate.

“During the period, the victim made 190 deposits to various bank accounts as instructed by the suspect, causing her losses of RM4,342,500,” he said in a statement to Bernama here yesterday.

The victim, after realising that she was cheated, lodged a police report on Thursday.

In a separate case, Ramli said a man lost RM1.5mil in an investment scam involving a 30ha fruit plantation project allegedly to produce fuel for aircraft.

He said the 38-year-old said he was promised a three-fold return on investment within the next three years.

“The victim agreed and managed to find an investor from Cambodia with an investment of US$500,000 (RM2.2mil), which was deposited into his account before he transferred it to the suspect’s bank account in three transactions totalling RM1.5mil in 2015,” he said.

Ramli said the victim realised that he was duped after failing to contact the suspect to get updates from the investment over the past three years.

Both cases are being investigated under Section 420 of the Penal Code. 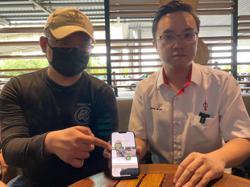 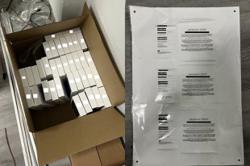