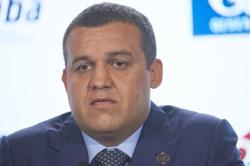 PETALING JAYA: After many complaints over the results, PKR will conduct a comprehensive audit on the party’s election.

The audit will be done before official poll winners’ names are submitted to secretary-general Datuk Abdullah Sani Abdul Halim before the party’s congress in July.

The national congress was originally scheduled for June 25 and 26 but was postponed to July 15-17 following the many complaints.

The audit will be conducted by a team of digital experts, said its election committee chairman Dr Zaliha Mustafa.

“The 2022 party election complaints panel will examine reports lodged by party members and a number of actions have been proposed that may affect the unofficial (poll) results,” she said, adding that the committee was satisfied with the progress made by the digital experts.

One of the biggest issues at the congress will be the three appointed vice-presidents who will join the four who have already been elected, according to the unofficial results.

It is the prerogative of the party president to select the candidates and it is usually done to ensure that all segments of the country are represented.

“Since there is one Chinese already amongst the four elected vice presidents, there isn’t a need to appoint a Chinese vice-president,” said Kapar MP Datuk Abdullah Sani Abdul Halim.Instead, he said the appointed trio would have to represent the Indian community as well as Sabah and Sarawak.

It is not known if the three appointed vice-presidents will come this list but it is quite likely that Manivannan, who finished fourth, will be picked to represent the Indians while Fuziah could represent the women’s wing.

Given that no one from Sabah or Sarawak contested in the race for a vice-president’s post, party president Datuk Seri Anwar Ibrahim may select and appoint any of the division leaders or an elected representative from the region as vice-president, said party veteran Tian Chua.

He said it was the party’s convention to ensure a good balance in the vice-presidential line-up.

“We usually have three representatives from Borneo – the Sabah and Sarawak PKR chiefs and a vice president – in the party’s central leadership council,” he said. 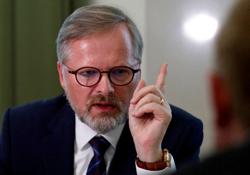