SEREMBAN: Negri Sembilan recorded a population of 1.19 million in 2020 with almost 58% of the inhabitants living at the state capital, says chief statistician of Malaysia Datuk Seri Mohd Uzir Mahidin.

He said these were among the findings of a 2020 census carried out by the Department of Statistics Malaysia (DOSM).

On the details of the 36 state constituencies in the state, Mohd Uzir said the census showed that Nilai had the largest population with 119,613 people, while Senaling has the lowest with 8,024.

Seremban Jaya is the most densely populated area with 4,025 people living within one square kilometre followed by Sikamat (3,211) and Ampangan (3,138).

“Among the factors that have contributed to the increase of population is that more people have relocated to Negri Sembilan due to the rapid development in the Klang Valley.

“The state, which is also part of the Greater Klang Valley area, has also seen more economic development and created more job opportunities for people from outside the state to move here,” he said when met at the RTM Complex here yesterday.

He said of the state’s total population, 1.13 million were locals while almost 68,000 others were foreigners.

Mohd Uzir said this was also the first time the DOSM had prepared reports for all parliamentary and state constituencies in the country.

“MPs and assemblymen can also use the information to help them provide better services and identify areas which they can improve on for the people’s benefit.

“Those aspiring to become candidates in the general election can also use the information we have diligently gathered to know what awaits them and see what the area and the people living in the particular constituency need,” he said.

“There is much information available in the reports and those who know how to use it will surely benefit from them.

“We will also update the information annually so that those who rely on it will be able to get more accurate statistics,” he said.

Apart from demographics and socio-economic activities cited in the census report, there is also information on the number of houses, businesses and service facilities such as petrol stations, launderettes, retail shops and car workshops available.

Others are health facilities which include the number of hospitals, dental clinics, and pharmacies. 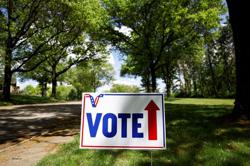