Umno says Zuraida’s replacement up to PM, not Bersatu

PONTIAN: Zuraida Kamaruddin, who quit Parti Pribumi Bersatu Malaysia (Bersatu), has yet to be accepted into her new party Parti Bangsa Malaysia (PBM), but there is already a big row over her position as minister.

Umno leaders are already staking a claim for the post of Plantation Industries and Commodities Minister, saying that it is the Prime Minister’s prerogative to appoint the minister and not for any party to dictate terms.

Bersatu president Tan Sri Muhyiddin Yassin had said a day earlier that the post “belonged” to his party and that he would name a replacement for Zuraida.

Umno secretary-general Datuk Seri Ahmad Maslan, however, said Bersatu was now a weakened party and that it was in no position to make demands.

“When Bersatu lost its MP, it should not pressure the Prime Minister to give it the vacant ministerial post. It has no right to do so.

“Bersatu is not getting stronger but weaker instead. Datuk Seri Ismail Sabri Yaakob should be given the freedom as it is his prerogative,” he said at former Johor mentri besar Datuk Seri Hasni Mohammad’s Hari Raya open house.

Ahmad also said Zuraida’s action proved that there was a need for the anti-hopping law. “If the law had been enforced, Zuraida would not have left Bersatu,” he said.

Ahmad added that the Anti-Hopping Bill must be tabled at the next Parliament sitting in July even without any special sitting.

Meanwhile, Ahmad said the 15th General Election (GE15) could be called any time soon as it has been almost five years since GE14 in 2018.

“We will leave it to him, as he has the wisdom,” he said after the presentation of Malaysia Book of Records (MBOR) recognition to LBS Bina Group Bhd.

Meanwhile, PBM president Larry Sng said Zuraida’s application to join the party was still under consideration and the decision would be announced early next month.

He added that he would be abroad until June 7.

“I would like to reiterate that PBM welcomes anyone who shares the party’s struggles.

“Zuraida’s willingness to join us is further proof that the party has attracted a wide spectrum of Malaysians who are drawn to its principles,” he said. 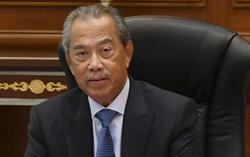 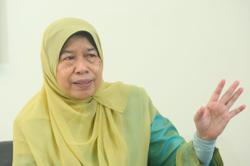