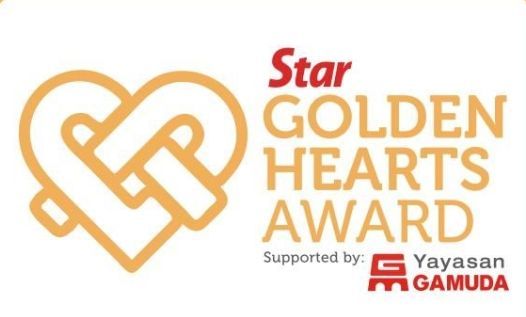 PETALING JAYA: For effectively leveraging on its position as a media organisation, the Star Golden Hearts Award (SGHA) by The Star, in partnership with Yayasan Gamuda, was recognised at the WAN-IFRA Asian Media Awards (AMA) for the meaningful social initiative in service of the community.

The SGHA received the Overall Silver award in the Best in Community Service category.

Into its 21st edition, AMA is one of the region’s most prestigious recognitions of excellence in the news publishing industry.

Introduced in 2015, the SGHA is an annual award that celebrates everyday Malaysians who demonstrate extraordinary commitment to social work and promote unity among the people.

Each year, 10 winners are selected from hundreds of nominations who are further eligible to be awarded the coveted Gamuda Inspiration Award (GIA) by Yayasan Gamuda.

Aside from receiving cash prizes to support their work, winners are also featured on Star Media Group’s multi-channel media platforms via a series of editorial write-ups, social media postings and video features to help raise their profiles to a higher level.

“We are most honoured to receive the award. This win for SGHA is proof that media organisations can contribute meaningfully to nation- building and promote goodwill through effective social initiatives.

“As a multi-media organisation with a wide reach, both locally and abroad, we are privileged to be able to help amplify the selfless and noble efforts of Malaysian unsung heroes.

“From SGHA’s publicity campaign, we learnt that past winners received new financial sponsorships for their work, corporate collaborations and also gained increased public interest in their efforts,” she added.

Ng extended special thanks to long-standing partner Yayasan Gamuda which has continuously played a committed role in growing the SGHA together since 2016.

On top of recognising the 10 winners, every year Yayasan Gamuda awards the GIA to exemplary winners in recognition of their sustainable and unwavering commitment to improving communities.

Ng said The Star and Yayasan Gamuda shared the same goal in wanting to make a positive impact in people’s lives.

“We are proud to see this flagship social initiative deliver tangible impacts to the nation and are excited to do even more in the future,” she said.

This year’s SGHA campaign will be launched tomorrow.

The SGHA is supported by Star Foundation, the charitable arm of Star Media Group, and is aimed at delivering meaningful initiatives with lasting outcomes to a diverse group of beneficiaries.

For details on SGHA, visit starfoundation.com.my.

Meanwhile, the AMA 2022 attracted entries from 39 media companies from 12 countries vying for accolades in 14 categories.

The World Association of Newspapers and News Publishers (WAN-IFRA) is the global organisation of the world’s press consisting of over 3,000 news publishing companies and technology entrepreneurs, and 60 member publisher associations representing 18,000 publications in 120 countries.