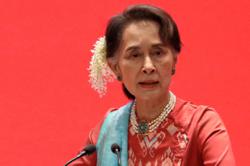 KOTA TINGGI: A Myanmar national was slapped with an RM300 fine for driving without a valid driving license and another RM300 for a breach of Rule 13 of the Road Transport Rules 1959 (LN 166/59).

Kota Tinggi OCPD Supt Hussin Zamora said the summonses were issued to the male suspect after he was involved in an accident on Sunday (May 22) at 2.55pm.

“The incident took place at KM59.7 of the Senai-Desaru Highway,’’ he said in a statement.

Supt Hussin said the 33-year old grasscutter made an illegal U-turn towards the Senai-Desaru way before an SUV coming from Desaru-Senai driven by a woman hit the van.

He said the Myanmar national made the illegal U-turn as he wanted to travel to KM60 of the highway to continue cutting grass.

Supt Hussin said the right front part of the SUV driven by a 29-year old woman was badly damaged while the van was damaged on the left side.