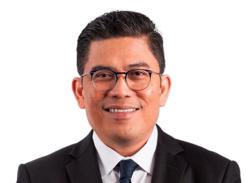 PUTRAJAYA: The Approved Permit requirement to import wheat has been lifted.

This is the latest decision by the Cabinet in a move to ensure sufficient food supply in the country.

Last week, the government announced that AP was no longer needed to import foodstuff.

Prime Minister Datuk Seri Ismail Sabri Yaakob said that at the Cabinet meeting on Monday (May 23), ministries have been directed to list down items where the need for APs could be abolished.

“This is to protect the interest of the people,” he said on Monday.

The Agriculture and Food Industries as well as the Domestic Trade and Consumer Affairs ministries have been ordered to monitor and inspect and take action against those violating the law.

Ismail Sabri said that the Attorney General was called to the meeting and had advised the Cabinet to use existing laws to take action against those who hide, hoard and sabotage the supply of chicken.

The Prime Minister said that the Cabinet had received several inputs on corn farming and the use of palm kernel cake as an alternative feed for chicken.

“State governments and GLCs will be roped to help with long-term planning and provide temporary occupation licence land,” he said.

Ismail Sabri said GLCs, government agencies and organisations would be encouraged to be involved in livestock farming and that the government was studying ways to assist them.