KUALA LUMPUR: A man was detained for allegedly groping a 12-year-old girl in an elevator located at a People's Housing Project here.

Kuala Lumpur CID chief Senior Asst Comm Habibi Majinji said the suspect in his 30s was detained on Sunday (May 15).

"He has been remanded for seven days until Friday (May 20).

"We are investigating the matter thoroughly," he said when contacted on Tuesday (May 17).

SAC Habibi had previously said that the Kuala Lumpur D11 was investigating the incident which occurred on Saturday (May 14).

On Saturday, the victim's mother had told her to go to a nearby shop with her three-year-old cousin at about 10.15am.

However, the victim ran back home crying, claiming that she was chased by a man.

The victim alleged that the suspect, in his 30s, had groped her private parts.

The incident has since gone viral on social media.

The victim's mother also claimed that a similar incident has occurred previously and she lodged a police report as she feared her safety and the safety of her children. 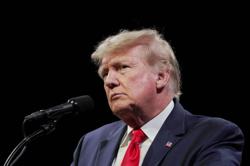