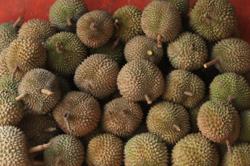 JASIN: Durian fans, especially those who love premium varieties like Musang King and Black Thorn, will have to deal with an expected 100% price increase during this year’s durian season.

Deputy Agriculture and Food Industry Minister I Datuk Seri Ahmad Hamzah said the price hike was due to a 50% drop in durian production due to weather conditions.

"We believe that the rainy season at the end of March to April has impacted the pollination of durian, which impacts the number of fruits.

"We expect this factor will result in a drop of 50% in total production in some states,” he told reporters at the Aidilfitri open house at Pengkalan Umbai here.

Besides weather, increased fertiliser and labour costs have also affected the production of the King of Fruits.

"So far, Penang and Perak have acknowledged the estimated 50% drop in production and even a durian planters association has issued a report that not only prices for Black Thorn and Musang King durians will rise, but also kampung durians as well,” he added.

Prices for the Black Thorn variety are expected to exceed RM100 per kg, while Musang King will be priced around RM60 to RM80 per kg, depending on the grade, compared to RM30 to RM40 per kg previously.

Ahmad explained that the ministry did not cap the price of durians as this depended on production and supply.

He noted that the ministry had also obtained feedback from the Federal Agricultural Marketing Agency (Fama) in Penang and Perak about the estimated price hike in those states. – Bernama 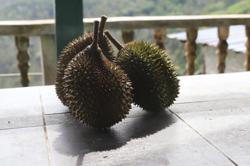