Claims in video of cops extorting Singaporean being probed

KUALA LUMPUR: Police have opened investigations after a video on Facebook claimed policemen in a patrol car extorted a Singaporean here.

The 24-second video shows a policeman getting into a police car before a man whose face is covered can be seen handing him something.

"Initial investigations revealed the incident occurred near the Lalaport Shopping Complex along Jalan Pudu at around 12.30pm on April 10.

"A thorough investigation into this matter was immediately started as soon as the video went viral," he said in a statement on Thursday.

He urged anyone with information on the incident to come forward and assist investigations.

"We will not compromise with any police personnel who are guilty of misconduct.

"Those with information on the case should contact Dang Wangi Integrity and Standards Compliance Department chief Asst Supt Jaya Dalloh at 014-639 6758," he said. 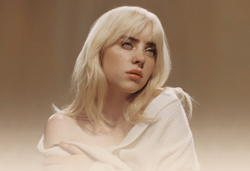