KOTA KINABALU: More Sabah Opposition leaders have come out to question the proposed 'special card' for undocumented people in the state, following the Home Minister’s announcement of its planned implementation soon.

Warisan Wanita deputy chief Jo-Anna Rampas said previously when Warisan was the government, the then Oppositions (who are now leading the state government) had promised voters that undocumented migrants would be deported once they came to power.

"But why is this matter still a major problem in Sabah? What is Gabungan Rakyat Sabah’s (GRS) stand on the matter, and the just proposed 'special card' for undocumented people?" she asked.

She said GRS had been very much against a similar documentation - Sabah Temporary Pass (PSS) - proposed by Warisan back then, but now the Federal Government wished to document the undocumented.

Upko vice-president Datuk Ewon Benedick said he was confused as previously Warisan’s proposal to document eligible undocumented people was shot down and condemned.

"What is the GRS state government’s stand on this matter actually because when it was proposed by Warisan, they were against it," said the state opposition leader.

He said before Warisan’s PSS proposal, previous leaders like Tan Sri Pairin Kitingan who was then the deputy chief minister, had suggested a resident pass for these people.

Parti Bersatu Sabah (PBS), he said, had also conducted a census on these communities and issued them with a census certificate when they were in power back in the 90s.

He said the proposal to issue these identification documents should be limited to foreigners who were employed and specifically those who had been in Sabah for a long time.

"Because if not, the proposal might cause a bigger problem as it could encourage an influx of illegal immigrants to Sabah in future," Yong said.

He also proposed for immigration enforcement to urgently step up deportation of illegal immigrants to their countries of origin.

At the same time, border security must be enhanced to prevent any illegal entries to Sabah, he said.

Home Minister Datuk Seri Hamzah Zainudin said in a press conference on Thursday (Feb 10) that foreigners who had been living in Sabah for many years were to be issued a special card for identification.

Hamzah said this was a follow up to a proposal by Chief Minister Datuk Seri Hajiji Noor during a meeting on the management of foreigners in Sabah.

He said the move would help provide identification to foreigners who have lived in Sabah for years, in fact, generations but do not have any documentation. 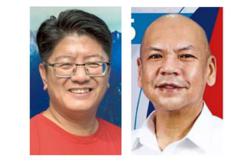