KUALA LUMPUR: A businessman lost over RM500,000 in a scam after he was duped into believing that he was purchasing over 600 tonnes of palm oil.

City Commercial Crime Investigation Department chief Asst Comm Mahidisham Ishak, in a statement on Thursday (Jan 27), said the victim operates a business in China and was cheated by a suspect, a Malaysian, after a meeting on Oct 4, 2021.

"Two transactions were made on Oct 11 and 20 as deposit, and according to the agreement, the victim's company would receive the promised palm oil within 15 to 20 days. However, no delivery was made and the suspect disappeared," he said.

The case is being investigated for cheating, under Section 420 of the Penal Code.

"The suspect has been identified. He allegedly operates a retail supply business.

"We advise all to be more careful and make the required checks beforehand to verify the authenticity of any documents before payment is made," he said. 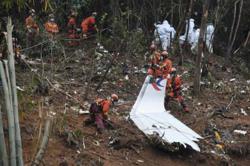