JOHOR BARU: Bus tickets for the Vaccinated Travel Lane for land crossing (VTL-Land) have been selling like hotcakes – with tickets completely sold out for the Chinese New Year period.

Handal Indah Sdn Bhd manager Mahathir Anuar said all bus tickets between Johor and Singapore have sold out for the month of February. 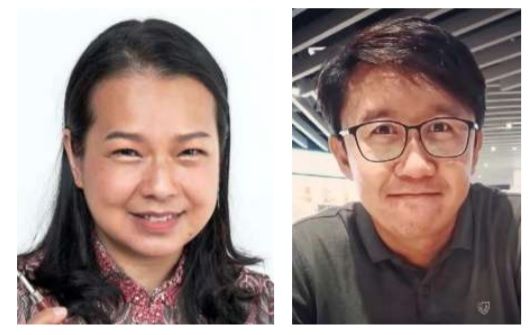 Missing home: (Left) Tan says she will spend Chinese New Year with family in Singapore. Meanwhile, Lim hopes to get a return ticket to visit his family.

“February is a popular month to travel between the two countries due to Chinese New Year.

“For now, we have sold out all tickets for February. We are waiting for approval from the Transport Ministry and the International Trade and Industry Ministry to open up ticket sales for the month of March,” he said.

Checks on the Transtar Travel website showed that all tickets between Jan 21 and Feb 28 have been sold out as well.

Handal Indah and Transtar Travel are the two bus companies authorised under this bilateral arrangement to ferry approved travellers across the Causeway.

Drone pilot, Lim Ming Hui, 41, is hoping to get a bus ticket to be with his family this Chinese New Year.

“I got a ticket to travel to Johor through the VTL in early January. I was supposed to go home on Feb 5 but I have yet to get a return ticket to re-enter Singapore after the holidays.

“I have been monitoring the bus companies’ websites every day, hoping to get a ticket from those who have cancelled their trips. So far, the effort has not been successful,” he said.

He added that he may have to cancel his trip back home if he is not able to get a return ticket between Feb 14 and 18.

“I also tried looking for flight tickets but they are too expensive – with some as high as S$900 (RM2,795). I hope the government would regulate the price of these flight tickets to ease our burden,” the father of three said, adding that he also missed celebrating Chinese New Year with his family last year.

Job instructor Tan Sheau Hui, 48, said this would be the second time she is away from her loved ones in Johor Baru for Chinese New Year.

“It is highly unlikely that I will be able to get a ticket to go home via the VTL by Chinese New Year, especially since the number of tickets were halved.

“I may book a later date to come back to Malaysia when more tickets are made available.

“I plan to celebrate Chinese New Year with my younger brother and cousins here this year,” she said.

Most staying cautious during CNY celebration

MCA to hold CNY do for invited guests

‘Ensure SOP is adhered to’