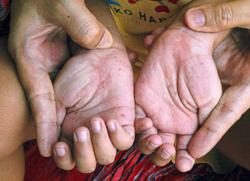 SHAH ALAM: A private clinic offering fake vaccination certificates for RM500 each has been raided by the police.

“We arrested seven suspects, aged from 20 to 35, comprising four men and three women.

“The suspects included the clinic owner, staff and a runner,” he told reporters on Monday (Jan 17).

He said they also seized laptops believed to have been used to input patient data into the MySejahtera system.

“Our checks showed that 5,601 ‘patients’ had been registered as vaccine recipients with MySejahtera.

“We are now investigating how many did not receive their jabs,” he said.

“Initial investigations showed the clinic received vaccines from the Health Ministry and returned the empty vials to the ministry.

“We received a report claiming that a message was being circulated on WhatsApp offering the service,” he said.

He said the case was being investigated under Section 269 of the Penal Code for unlawful or negligent acts likely to cause the spread of deadly infectious diseases; and Section 22(d) of the Prevention and Control of Infectious Diseases Act.

Those with information on similar activities should contact the police hotline at 03-2052 9999.