MARANG: A private clinic doctor who was previously held for allegedly selling fake Covid-19 vaccination certificates in Terengganu has been remanded again, this time for investigation in connection with cheating.

Magistrate Engku Nurul Ain Engku Muda yesterday allowed the 51-year-old man to be remanded until today for investigation under Section 420 of the Penal Code.

The doctor, clad in a grey T-shirt and blue jeans, arrived at the Marang Court at 9.40am.

Terengganu Commercial Crime Investigation Department chief Supt M. Zambri Mahmud, when contacted by Bernama, said the doctor was rearrested for allegedly receiving payments to supply Covid-19 vaccination certificates without having to administer the actual injections. He, however, failed to provide the certificates to his clients.

“Reports were lodged against the doctor by complainants who paid RM450 each for his services and were promised that their MySejahtera status would list them as vaccine recipients within 14 days. However, their status did not change,” he said.

Last Saturday, the self-confessed anti-vaxxer doctor was arrested on suspicion of issuing Covid-19 vaccination certificates without administering the vaccine but was released on police bail on Thursday. However, police rearrested him at noon that day. 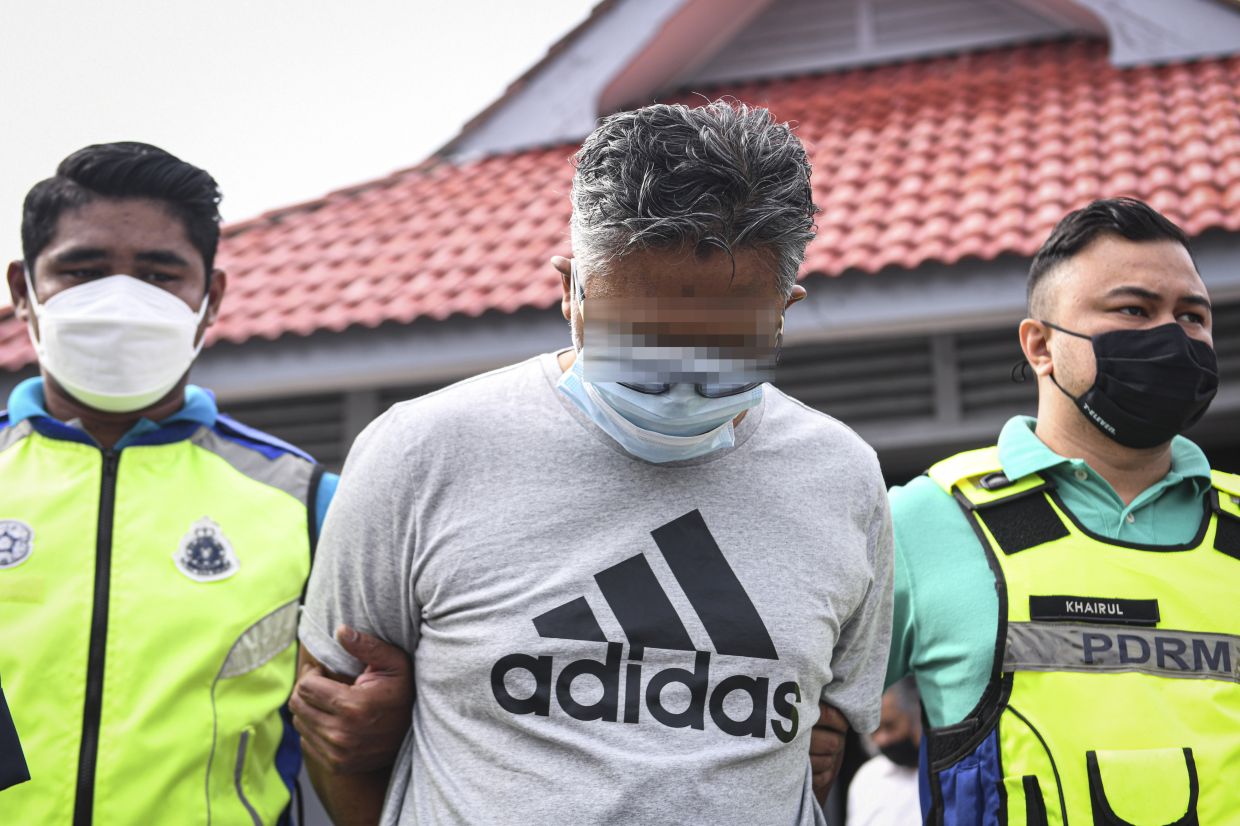 Under remand: The doctor being led to the Magistrate’s Court in Marang, Terengganu. — Bernama

Meanwhile, Bernama also reported that police are investigating five individuals who have come forward to give statements on the purchase of fake Covid-19 vaccination certificates from a private clinic here.

Supt Zambri told the Sinar Harian portal that the five were in their 30s and local residents.

“We have taken statements from them to help in the investigation. One of them claims to have been cheated as he had yet to receive his vaccination certificate despite making payment,” he said yesterday.

Police said the five individuals agreed to be witnesses in the case.

On Wednesday, Terengganu police chief Datuk Rohaimi Md Isa said initial investigations found that 1,900 individuals had dealings with the clinic for vaccination purposes but it had yet to be ascertained how many were assured certificates without having to take the jabs.

The doctor is believed to have charged individuals between RM400 and RM600 each for a no-injection vaccination certificate.

The suspect was arrested on Jan 8 for allegedly committing the crime at his premises after permission to carry out paid vaccinations was given to his clinic last September.

Rohaimi said the clinic offered paid vaccinations to the public while at the same time issuing fake vaccination certificates to those who refused the vaccine.

Investigations showed that his clients included those from Kuala Lumpur, Pahang, Kedah and Johor.