PUTRAJAYA: The Court of Appeal has fixed Feb 7 for its decision on an appeal by Khairy Jamaluddin against a defamation suit filed by Datuk Seri Anwar Ibrahim over a statement made at a political rally 14 years ago.

A three-man panel chaired by Justice Lee Swee Seng,set the date after hearing submissions from both parties in online proceedings via Zoom here on Monday (Jan 17).

The other judges were Justice Darryl Goon Siew Chye and Justice Ghazali Cha.

"We thank counsel for both parties for their submissions. We require some time to deliberate on the matter. We fix the decision to be delivered on Feb 7 at 9am, after the Chinese New Year," Justice Lee said.

The court also ordered for the parties to file their written submissions on costs on Jan 24.

Earlier, lawyer Datuk Seri Gopal Sri Ram, who represented Anwar, said the words uttered by Khairy carried a defamatory meaning and it did not matter what the intended meaning was.

"In this regard, it is pertinent to remember that the words or statements complained of by the plaintiff are that: 'Anwar main dua-dua ikut belakang'.

"In plain and ordinary meaning of the Malay language as understood by ordinary and reasonable Malaysians, whether he is a Malay or not, the words refer to only one act that is, in the context of which the words were said or uttered, the act of homosexuality," Sri Ram said.

The former Federal Court judge further submitted that Anwar's claim in the case was only related to one charge; that he was said to be a homosexual or possesses the propensity to indulge in such acts.

Khairy's lawyer Tan Sri Muhammad Shafee Abdullah submitted that the court should not be bound by the meaning understood by the respondent (Anwar) when his client's words were meant to have a different meaning.

"In the context of the appellant's words, it meant betrayal in politics but these words were understood as something else by the respondent," Muhammad Shafee said.

Khairy is appealing against a court decision that ordered him to pay RM150,000 in damages following a defamation suit filed by Anwar over a speech in 2008.

Anwar filed the suit on March 7 that year alleging that Khairy, as then Umno Youth deputy chief, had uttered defamatory words and caused the posting on websites, including Malaysiakini.com, of a video clip entitled “Anwar and kin no threat”.

He said the defamatory words, among others, meant that he was involved in activities contradictory to Islam, was not of good character and was not fit to hold political or other positions.

Khairy appealed the decision but in February 2018, the Court of Appeal struck out his appeal after allowing Anwar's application to annul the notice of appeal on technical grounds.

In December 2020, the Federal Court ruled in a unanimous decision that Khairy could challenge the High Court's decision and ordered for it to be remitted to the Court of Appeal to be heard on its merits. 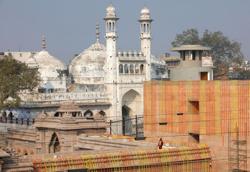