IPOH: Just over two weeks into the year, and police have already busted one of the biggest drug laboratories in the country, says Comm Datuk Ayob Khan Mydin Pitchay.

It is believed to be the second-biggest drug haul in the country to date.

In January last year, Johor police scored a major drug haul of over RM201mil in narcotics.

Comm Ayob said the main raid was carried out at a factory in Pusing, where the place was used as a lab to process the drugs.

“We managed to arrest three suspects, aged between 28 and 40, believed to be involved in the process and trafficking of the drugs for the local market.

“From our initial investigations, it is believed that the syndicate has been active since the middle of last year,” he told a press conference held at the Perak police headquarters here on Sunday (Jan 16).

Comm Ayob added that six vehicles, gold jewellery and cash were also seized during the raids.

He said the drug seized could feed the habit of 6.7 million drug addicts.

He said of the three suspects arrested, two of them tested positive for ketamine and benzo drugs.

Two of them also have previous criminal records involving crime and drugs cases.

“Police are looking for three other people to help in the investigations,” he added. 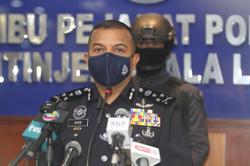 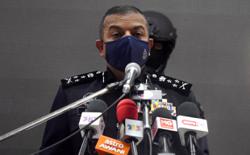 Don't 'play' with chicken supply to fix prices, Deputy Agriculture Minister tells industry players
HFMD: More than 6,000 cases reported in the Klang Valley in a week
Grasscutter fined for causing accident after making illegal U-turn
Sabah to launch state education fund in June
PKR polls: Physical voting to be re-held in eight divisions
Search on for three tugboat crew members missing in waters off Pulau Mantanani
From stripes to bars: Security guard who cried tiger remanded for 14 days
Legendary cop who took down Botak Chin passes away
Hiss turn at the cistern: Gamer bosses python in toilet battle
Report: iOS 10 and iOS 11 users can no longer use WhatsApp after Oct 24