PETALING JAYA: The imam allegedly involved in an incident where a teenager who had been caught stealing and was "bathed like a corpse", has resigned.

"I have just spoken to the Selangor Islamic Religious Department (Jais) director, who told me that action has been taken.

"I am not sure of the details, but I am told the imam has resigned," he was quoted as saying.

Zawawi was quoted saying that no imam should take matters into his own hands.

"An imam should not punish a person before investigations are carried out, as by right we should give our statement to the police and let them handle it.

"An imam's duty is to give advice and guidance to troubled individuals and not mete out punishment," he told news portal Free Malaysia Today.

On Thursday (Jan13), the teenager, Daniel Iskandar, 19, was sentenced to 10 days' jail and fined RM4,000 by the Selayang Magistrates' Court after pleading guilty to stealing money from the mosque.

Based on the facts of the case, the complainant, a caretaker at the mosque, found that the mosque's donation box was missing.

Closed-circuit television (CCTV) footage showed that Daniel had damaged the donation box before taking it into the mosque's body bathing room.

The complainant and mosque committee members suspected that the suspect lived near the mosque and came across the individual seen in the footage when they patrolled the area.

He was then taken to the mosque and washed like a corpse and footage of the incident was circulated on social media.

According to Daniel's lawyer, the accused stole the money to buy medicine for his diabetic grandfather.

Teen 'bathed like a corpse' for trying to steal from mosque gets ten days jail, RM4,000 fine 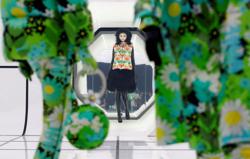 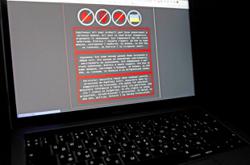