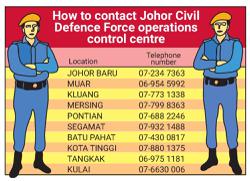 KUCHING: The Civil Defence Force (APM) has set up flood response teams in preparation for the eventuality of floods during the current monsoon season.

"Our assets include nine vehicles and nine boats with supporting equipment. We aim to respond within 10 minutes of receiving an emergency call.

"The deployment of response teams will be synchronised with other agencies to be more efficient," he said at the Kuching APM office here on Friday (Jan 14).

"We are doing this ahead of time so that everything will be ready once the centres need to be opened.

"So far we have distributed over 700 tents to 27 centres," he said, adding that Kuching district had a total of 82 gazetted evacuation centres.

He advised the public to be alert and ready to evacuate when necessary.

"We hope everyone will cooperate with instructions to evacuate for their own safety," he said.

"Flood victims who show symptoms will be isolated at the evacuation centres and referred to Health Ministry personnel for further action," he said. 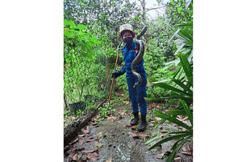 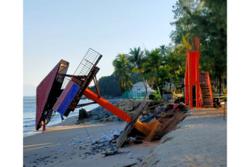 Man found dead with hands, feet bound in Tampin
Three killed, four injured in Lipis road crash
As we welcome the Year of the Tiger, let’s take a peek into the art of Chinese red paper-cutting
Major push to increase road safety
On upward trend with 5,439 new cases
400,000 children sign up to get vaccinated
New platform to end poverty
‘Umrah SOP to be finalised after other agencies weigh in’
Move to further strengthen statistical system