SHAH ALAM: Mydin supermarket, which was among several stores within the flooded Taman Sri Muda area here that were broken into, lost items including expensive watches valued at about several hundred thousand ringgit.

“It will be more if we take into account the damage to our premises. The burglars were armed with knives and parang and they stole our expensive watches and electrical appliances.

“We will be lodging a police report soon,” he said when contacted last night.

Ameer added that despite the break-in, his company will continue to donate rations to victims of the floods that hit last weekend.

Shah Alam OCPD Asst Comm Baharudin Mat Taib confirmed the incidents that were believed to have happened between 1pm and 2pm yesterday.

“We received word of several incidents, especially in the Seksyen 15 area, which was hit hard by the floods.

“Among the shops affected are Mydin, KK Super Mart, 7-Eleven and the Jimat supermarket.

“We have mobilised our crime prevention teams, with assistance from the General Operations Force, to the affected areas,” he said.

ACP Baharudin said no reports had been lodged so far and urged those affected to make reports at their nearest police station.

“It’s difficult to get to the scene because of the water levels. The shop owners have difficulty heading there,” he said.

When asked for police estimates on the suspects involved, he said that it was “agak ramai” (quite a number).

He also said that assistance to deliver aid has been coming in.

“Non-governmental organisations have helped a lot,” he said. 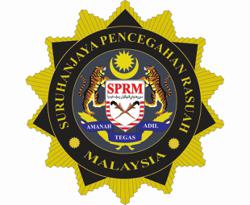 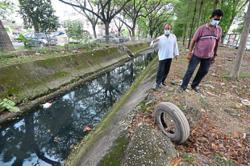