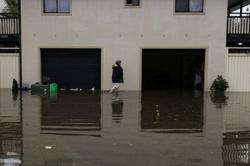 PETALING JAYA: A chunk of Lorong Burhanuddin Helmi 4 as well as the fencing at the back of the Taman Tun Dr Ismail police station has collapsed after part of the Sungai Kayu Ara riverbank gave way on Saturday (Dec 18) night.

The incident was recorded in photos and shared over the residents’ group chat.

In a video taken by residents, part of the right lane measuring a distance of approximately 60 metres has totally caved in. Khairuddin said the alarm was raised as soon as nearby residents noticed cracks appearing on the road.

There was no loss of life or property in the incident as the police reacted quickly by closing the road but Khairudin said most residents are shocked that this could happen.

“Such cases are unprecedented in this housing area. Obviously, residents are worried that if the rain continues to keep up, more cracks will be seen,” he said.

However, Khairudin said residents are more concerned about their neighbours in Kampung Sungai Penchala.

From social media pages, Federal Territories Minister Shahidan Kassim was pictured with the rubble of houses in the background during a site visit to the affected area.

“For now, more attention should be given to Sungai Penchala residents who are affected. They are more in need than us here in Taman Tun Dr Ismail at the moment,” he said.

A donation drive has been set up to extend aid to lessen the burdens of Sungai Penchala residents by a school alumni group. 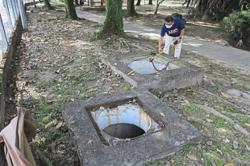