Two siblings killed, three others in family hurt in crash on KL-Karak Expressway 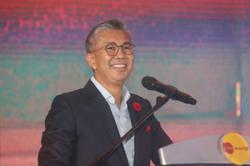 KUANTAN: Two siblings were killed while their parents and a younger brother were severely injured when their car skidded and turned turtle at KM44.1 of the Kuala Lumpur-Karak Expressway in Bentong early Friday (Dec 17).

Pahang Traffic Investigation and Enforcement Division chief Supt Kamarulzaman Jusoh said the family was heading to their hometown in Kelantan from Shah Alam, Selangor when the accident occurred at 3.20am.

Wafa Safia Mohd Hairy, 17, and her brother Adam Haiqal, 12, died at the scene.

"Their car was believed to have skidded when the driver tried to overtake another car near a corner.

"Slippery road conditions were also believed to have caused the car to skid before it turned turtle,” Supt Kamarulzaman said when contacted.

The injured were taken to Bentong Hospital for treatment. The deceased were also sent there for post-mortem. – Bernama 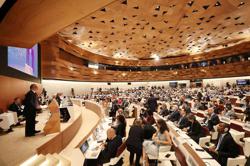