Unable to adapt, so they quit 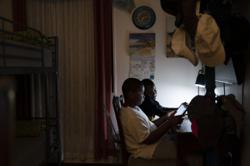 GEORGE TOWN: Hamid Zulkifli quit school early this year after he found it hard to follow the subjects taught by his teachers virtually.

And the loud noise coming from his younger siblings at home did not help his cause and he found himself dropping further and further behind the rest of his classmates.

“I’m the eldest of five siblings. I used my smartphone for the hybrid classes, but the Internet connection here was quite bad.

“I struggled to understand what my teacher was trying to tell us.

“At that time, my dad lost his job too, and my mum was the sole breadwinner.

“I then decided to quit school and work as an apprentice mechanic at a workshop to help ease the burden of my family,” the 16-year-old boy said.

Another student A. Shanker, 16, said he was also considering quitting school to help his family during this difficult time.

“My mother is a single parent and I have two younger school-going siblings.

“I cannot bear to see her taking on several jobs to make ends meet.

“And I have struggled badly in my studies since the pandemic started.

“However, my mother is not keen for me to stop schooling now. She wants me to at least finish my secondary education,” he said.

Penang Community Care president Wendy Ang (pic, left) said there were many families, especially in the B40 category, who did not have access to the Internet as well as mobile devices.

“Many of the children are using the free phones given to them by the government. However, the problem is most families have more than one school-going child and they have to share the phone to attend online classes.

“On top of that, the families have financial difficulties to purchase data.

“In the end, most of them just quit, which is so sad,” she said.

Earlier, Penang health committee chairman Dr Norlela Ariffin (pic, right) said the state government had set up a task force to look after the well-being of nearly 300 children who lost their parents to Covid-19.

“Some initiatives include looking at the needs of the families involved, especially the badly-affected children.

“Counselling services will be offered to the children while psychological intervention will be conducted to ensure their well-being is protected,” she said. 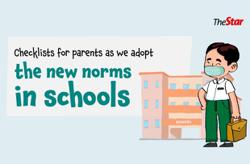