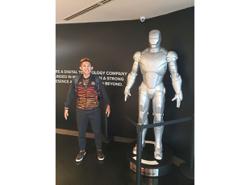 The 27-year-old Soh, who hails from Selayang, is based in Dubai, the United Arab Emirates, and has designed his own training programme as he attempts to scale the world's tallest tower, the Burj Khalifa.

He said that after becoming the first Asian to win the Empire State Building Run-Up last month, he had shifted his focus to conquering the tallest tower in the world and breaking two records in one go.

"After I arrived in Dubai on Nov 9, I began tailoring a training programme with the help of fellow Malaysians and some good Samaritans, who allowed me to stay over as well as provided me with food and transportation.

"I have also secured approval to train at one of the residential towers, 23 Marina, which has 93 floors.

"But my problem is that I still can’t get the approval from Emaar Properties, the owner of Burj Khalifa, for me to attempt to run up the stairs in the tower," he told Bernama when met at the Malaysia Pavilion during the Expo 2020 Dubai.

As for his daily training routine in Dubai, the Universiti Malaya Sports Science graduate shared that he would run up the 93 floors twice a day as well as jog and cycle.

"I believe I’m well prepared to break the two world records. I just need the approval from the owner of Burj Khalifa and I will break the records currently held by Japan’s Ryoji Watanabe," he said.

Last year, Ryoji scaled up the Tokyo Skytree in Sumida and accomplished the fastest vertical mile stair climbing (male) when he set the record one mile in 1 hour, six minutes and 58 seconds to break Soh's record with a greater height of one mile (1.609km).

Soh said he had also applied for permission to run up the world’s tallest hotel, the 356m tall Gevora Hotel in Dubai but has yet to hear back from the hotel owner.

"If I can’t secure permission to scale the two buildings in Dubai by the end of this month, then I will compete in the World Trade Centre run in Mexico on Dec 18," he said.

Soh, who is currently world number two behind Piotr Lobodzinski of Poland, said his attempts at breaking records were not solely for personal satisfaction but to promote tower running among Malaysians and motivate Malaysians to leave their mark globally.

"I really hope that my attempts will be an example for Malaysians to always strive to be world champions in all aspects," he said.

He hoped that tower run would, one day, be considered a sport in multi-sports events such as the SEA Games, Asian Games and Commonwealth Games.

"I also hope that one day tower running will be included in the Olympics,” he said.

For the record, Soh is the founder of the Malaysia Towerruning Association and he is currently ranked first in Asia. - Bernama 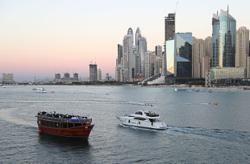