JOHOR BARU: Police are investigating a kidnap attempt of a secondary schoolgirl from in front of her school in Taman Molek, Johor Jaya on Thursday (Nov 25).

Seri Alam OCPD Supt Sohaimi Ishak said the incident took place when the 13-year-old girl was getting off a school van at around 6.50am.

He said while walking towards the school, an unidentified man driving a car approached the victim.

"The suspect asked the victim to submit some form to the school,'' Supt Sohaimi said in a statement.

He added the suspect asked the victim to get into the car but the student refused and was dragged into the vehicle.

Supt Sohaimi said the suspect drove off but the victim managed to escape about 400m from the crime scene.

"The victim sought the help of the public and did not suffer any injuries'' he said, adding that a video of the attempted abduction went viral in social media.

Supt Sohaimi said police are tracking down the suspect and the case is being investigated under Section 363 of the Penal Code for kidnapping. 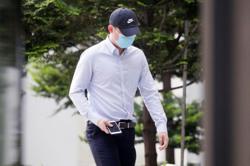