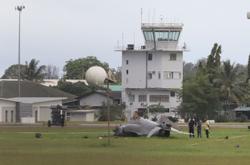 However, he declined to comment further on the incident but said the probe will be conducted immediately and will cover the technical aspects of the crash.

"We will conduct a detailed investigation but other than that, I am unable to comment," he told reporters at the Seberang Jaya Hospital (HSJ) compound here on Wednesday (Nov 17) morning.

When asked about the condition of the injured pilot, he declined to comment at the moment.

Meanwhile, Bernama's checks at the hospital's forensics department and emergency ward found the presence of police and RMAF personnel from 8 am.

However, the next of kin and close family members of the victim were not seen in the hospital's compound which is tightly guarded to curb spread of Covid-19.

It is understood that the hospital will conduct a post-mortem on the victim at 9 am.

In the 10 pm incident on Tuesday (Nov 16) one pilot was killed and another was injured when their Hawk jet during a night training exercise.

The RMAF has since identified the two pilots as Major Mohd Fareez Omar and Capt Mohamad Affendi Bustamy.

It said Mohamad Affendi was killed in the crash whereas Mohd Fareez sustained injuries but was in a stable condition and is being treated in HSJ.- Bernama

RMAF officer killed, another injured in jet crash at Butterworth air base 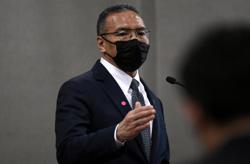