BUTTERWORTH: Two premises here - a soy sauce factory and a bakery - have been ordered to close for two weeks due to dirty conditions and non-compliance with food safety and quality standards.

The premises were inspected on Thursday (Nov 11) as part of "Ops Bersih" conducted by the Penang Health Department.

"Through an inspection carried out on the two premises, we found that the level of cleanliness did not meet the standards stipulated under the Food Safety Assurance Programme, which can cause food poisoning.

"Therefore, the department has issued a closure notice order, under Section 11 of the Food Act 1983, for 14 days for the two premises, effective today,” he said at a press conference after the operation here Thursday.

He said that the raid on the soy sauce factory in Bagan Ajam, at 10am Thursday, showed that there were foreign materials, such as dried leaves, twigs and bird feathers, found in a fibre-glass barrel used to marinate soybeans.

"Animal faeces could also have entered it, which is a risk for food poisoning, while the 20-year-old barrel was in a rotten condition, besides having fungus on the unwashed liner,” he said.

Wazir said that the soy sauce factory, which has been operating for 50 years, was also suspected of using contaminated recycled plastic bottles.

"The plastic bottles found (behind the premises) were not washed according to the hygiene standard operating procedures (SOPs), and were done in the open and exposed to lizard droppings,” he said, adding that the factory was subject to five compound notices worth RM5,000.

Meanwhile, he said that the bread-making premises in Raja Uda here had been issued with four compound notices totalling RM4,000 after they found rat droppings in the storage area for bread trays.

"We also found a layer of oil on the multi-tiered tray trolley and the bread tray itself, allowing oil to drip on the raw bread at the bottom, causing contamination and food poisoning,” he said.

Also involved in the operation was a 26-strong enforcement team from the Seberang Perai City Council (MBSP). - Bernama 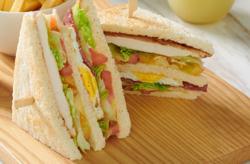 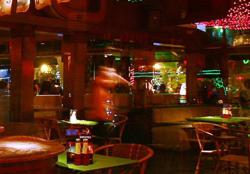