JOHOR BARU: The time may be right for Malaysia and Singapore to implement a “controlled opening” of the border for those who have been fully vaccinated.

MIC’s Singapore workers affairs bureau chief S. Aruldass said this could include using the existing Tebrau shuttle train service or special buses for those fully vaccinated to start travelling between the Customs, Immigration and Quarantine (CIQ) complexes on both sides of the Causeway.

He said the existing Tebrau train service could be reactivated, pointing out that it was able to serve up to 300 commuters an hour.

The Tebrau Shuttle that plies the 1km stretch between Johor Baru and Woodlands once operated up to 31 daily trips.

“We can also have hourly bus trips between Malaysia and Singapore to ferry workers who have been fully vaccinated,” he added.

Aruldass said travellers should show proof of their vaccination and Covid-19 free status with test results before they are allowed to purchase train or bus tickets.

“We should start taking these steps – how long more would we want to keep the border closed?” he said, adding that the border with Singapore had been partially shut since March 18 last year.

He also said that since taking charge of the party’s workers’ affairs bureau after more than 14 months, he had come across many issues and handled over 100 cases of people appealing to return to attend funerals and other urgent matters.

“Other complaints include the previous long quarantine periods on both sides and also the high charges involved,” he said.

Aruldass said he welcomes Singapore’s decision to place Malaysia in Category III beginning tomorrow, which would allow travellers to serve their 10-day stay-home notice (SHN) at a declared place, residence or accommodation.

Currently, fully-vaccinated Malaysians returning from Singapore are required to undergo a seven-day SHN.Malaysian Lisa Goh, 29, who has been in Singapore since last year, appealed to both countries to finalise a standard operating procedure to reopen the border to regular commuters.

“They should also make sure testing is made cheaper so that it will not be a burden on us,” she said, adding that Singapore’s decision to allow a 10-day SHN would greatly reduce quarantine charges.

Another Malaysian, Kamarul Abdullah, 47, said that he hoped to return to see his family in Kota Tinggi next month as he has not seen them since March 2020.

“I am praying for Malaysia and Singapore to have a special travel bubble for people who have been fully vaccinated, to exempt them from quarantine,” he said, adding that they should only need to undergo a quick swab test at the border.

He said that with a high vaccination rate in Malaysia and Singapore, a travel bubble between both countries should be pursued as soon as possible.

“Both sides are working to finalise more open and convenient travel arrangements between our countries.

“We hope to announce (something) soon. #ReopeningSafely,” he tweeted. 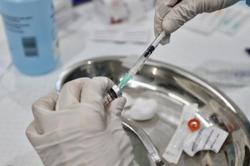