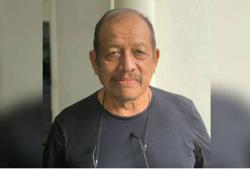 KANGAR (Bernama) The action of former Arau Bersatu division chief Ameir Hassan (pic) to quit the party was his personal decision and has nothing to do with any quarters, said acting division chief Megat Hashirat Hassan.

Megat Hashirat - who was the Arau Bersatu division deputy chief - said he was given the mandate to serve as acting division chief based on the decision made by the party’s top leadership through a letter issued on Oct 22.

"I will continue to work hard with the new leadership to strengthen Arau Bersatu and the entire party machinery in Perlis because our main focus is to assist the people," said Megat Hashirat.

"Bersatu in Arau is already strong. So, let’s forget the past and continue our struggle to care for the people,” he added when speaking to reporters after attending the Arau Bersatu Division meeting here on Monday (Oct 25) night.

Megat Hashirat said the division would also support Perlis Bersatu chairman Abu Bakar Hamzah in the effort to win the hearts of the people in the state.

On Oct 21, the media reported that Ameir, who was also Perlis Bersatu deputy chief, had announced his decision to quit the party effective Oct 15 and had submitted his resignation letter to party president Tan Sri Muhyiddin Yassin. - Bernama