Fisherman Fiqdaus prefers the sea over a desk job. He will soon take a boat pilot training course offered under the Penang South Islands (PSI) project.

UNLIKE most youths his age, Muhd Fiqdaus Iqmal Zubir prefers working in the open sea to an air-conditioned room.

The 21-year-old from Sungai Batu, Penang, learned the trade of a fisherman from his father and has been going out to fish since he was 17. He also knows how to weave nets, fix boat engines and catch prawns.

“He can’t imagine working in an office. It is his choice because he loves the sea,” said his mother Che Muni Che Lah, 49.

Even in the fishermen villages in southern Penang island, there are not many fishermen’s children who would choose to follow in their fathers’ footsteps. The majority has chosen jobs with stable salaries, company benefits and safer working environment.

Che Muni said her four older children worked in the factories and operated small businesses, and only Fiqdaus enjoyed going to sea.

She still wants him to do better and have better qualifications even if he does not mind being a fisherman, she said.

When she learned that the Penang South Islands (PSI) project offers boat pilot training for locals under the Social Impact Management Plan (SIMP), she encouraged Fiqdaus to sign up.

After passing an interview with Pusat Perkhidmatan Setempat Nelayan (PPSN), Fiqdaus will join the first batch of 10 locals selected for the boat pilot course. With a boat pilot licence from the Marine Department, he will be able to provide boat transport services and ferry passengers. 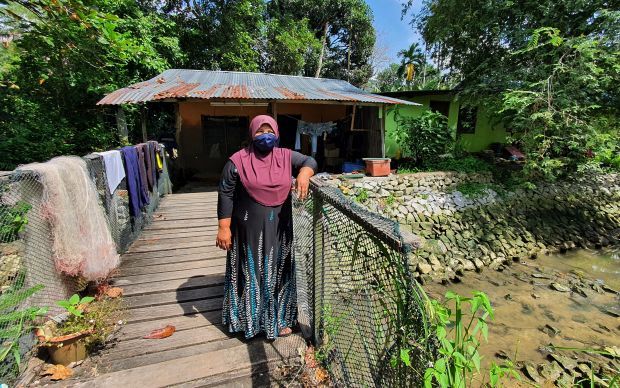 Che Muni is happy that her fisherman son Fiqdaus gets to learn a new trade as a boat pilot.

“I am thrilled he got selected. The course will teach him a new skill, and the licence may bring him more opportunities,” Che Muni said.

“I am happy the project offers opportunities to locals. I hope the project will bring us better days in the future,” she said, adding that if the project needs a cook, she is available for hire.

The soft-spoken Fiqdaus said he was interested in the boat pilot licence to upgrade himself.

“I love being out at sea as it gives me a sense of freedom. I don’t want to be confined to an office desk. But all I can do now is catch prawns. With the licence, I can do more with my skills,” he said.

Roslina Hamid, 52, is also hopeful that the PSI development would bring some benefits to her youngest son, who is learning the ropes from his fisherman father.

“The boy is 15 and still in school. He has more interest in fishing than his three older siblings. His sister and brother work in factories while another brother is looking to join the army.

“So, I hope the project will have something for him and other fishermen,” she said. Rozali and Roslina at their home in Gertak Sanggul on Penang island. The couple looks forward to ex-gratia payment, new boats and more powerful engines that are benefits the SIMP is offering fishermen.

Roslina’s husband Rozali Yob, 51, said most fishermen in his unit in Gertak Sanggul on the island were supportive of PSI, as they look forward to progress and improvements.

Like many local fishermen, Rozali hopes to receive ex-gratia payment, new boats and more powerful engines that will enable them to venture further out to fish. These offerings are also among the SIMP benefits for fishermen.

Other SIMP benefits include new jetties for the Permatang Tepi Laut, Sungai Batu, Teluk Kumbar and Gertak Sanggul fishermen units, and a 250m-wide navigation channel that allows 24-hour access to the sea regardless of the tide.

Rozali, who has been fishing since he was 12, said new jetties with proper facilities would be helpful to fishermen. 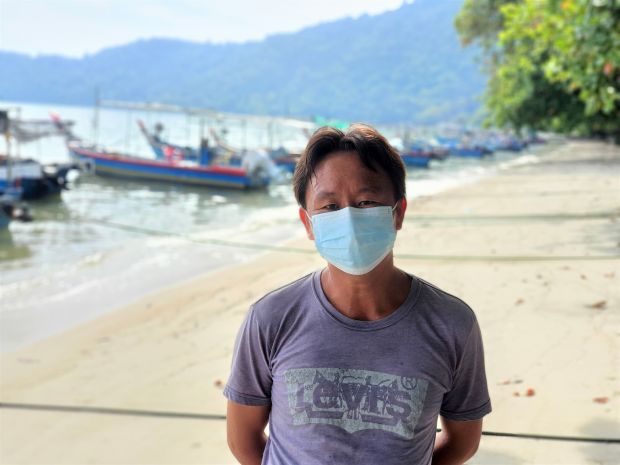 “I hope the boats come soon so we can go further out to fish. The ex-gratia will help us financially because our income is unstable,” said Loo who has been a fisherman for almost 20 years.

Earlier this month, it was reported that Permatang Tepi Laut fisherman Fajinah Jaafar submitted a petition of over 1,500 handwritten signatures to the Penang government to show local support for PSI. Over 400 of the signees were fishermen.

Former Sungai Batu fisherman Roslin Hashim, 60, said there were more people supportive of the project than against, even in his area which was deemed to be the stronghold of anti-PSI fishermen.

“Some oppose while some agree (with the project), but as far as I know, those who are against PSI are the minority. Those who reject PSI are entitled to their opinion. But PSI is the future for coastal fishermen here,” he said. Without PSI, there would be no development for southern Penang Island, and no benefits nor incentives for the local fishing community, said former fisherman Roslin.

Roslin said that many of the older fishermen agree with PSI because they know they could still fish during the reclamation works while the incentives offered by the state government are good.

But without PSI, there would be no development for southern Penang Island, and no benefits nor incentives for the local fishing community, he said.

“Fishermen will continue earning unstable income that depends on the weather. There will be no change for them. But with PSI, they will receive many benefits.

“If the state government is just going to reclaim land without offering fishermen anything to help them continue fishing, then I would also join the protest.

“But that is not the case. There are many incentives for fishermen and the offers are quite reasonable,” he said.

Roslin previously worked as a full-time fisherman except for the few early years when he drove cargo lorries and cranes when he was younger.

“As a former fisherman, I hope my kids, grandkids and their children will benefit from the job opportunities. I hope they will get jobs in the high-tech factories that will be built on PSI.

“I would love to see the development become a reality because it will be good for future generations. I told my kids we need to open our minds,” said Roslin whose two children have factory jobs.

He said many locals are also waiting for the reclamation to begin for the job and business opportunities that would be created.

“Many people around here are interested in contracting work to supply food and various services,” he said.

Penang Infrastructure Corporation chief executive officer Datuk Seri Farizan Darus said the reclamation, which was being pursued for the state’s progress and economic development, would not stop fishermen from continuing their trade.

The SIMP, he said, would offer them assistance to continue their livelihood as fishermen as well as programmes that would give them job and business opportunities to gain additional income.

“This is the reason why the state plans to offer boats, engines, financial assistance, build new jetties and provide a navigation channel that improves fishermen’s access to the sea.

“But some initiatives under the SIMP are on hold for now because we need to resubmit the project’s EIA (environmental impact assessment) report for approval. Some programmes are now delayed, but the state is committed in protecting the fishermen’s welfare,” he said.

The state government is also reportedly working towards the EIA report for approval as soon as possible.

Farizan said the state government is looking into whether it could first roll out some benefits for the local fishermen – namely training or upskilling programmes, and free tuition for local children sitting for the Sijil Pelajaran Malaysia examinations next year.

“We will be able to announce and roll out more benefits for fishermen and locals, including students in south Penang Island, when we get the necessary approvals for the project,” he added.