KLANG: Heavy rain wreaked havoc in several locations in Klang, Pandamaran and Port Klang Wednesday (Oct 20) evening with several people having to be evacuated from their homes.

Selangor Fire and Rescue Department director Norazam Khamis said firemen, who rushed to the locations upon notification at about 5.30pm, initially evacuated 31 people from their homes in the affected areas.

"However most returned home as the water receded except for 12 people who remained at the SMK Dato Hamzah evacuation centre," said Norazam when contacted early Thursday (Oct 21).

He added the 12, comprising of two men, nine women and a child were from five families.

According to Norazam the flooding happened after a river in the area overflowed following the heavy shower.

"Floodwaters rose up to six feet," he added. 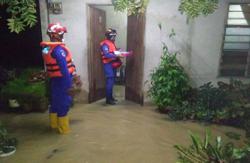 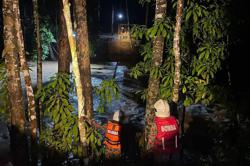