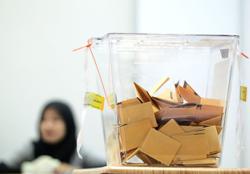 PETALING JAYA: A senior PKR MP has chided the Pakatan Harapan state leadership in Melaka for being “opportunistic and irresponsible”, resulting in a fiasco for the coalition.

“Maybe many may not agree with my views but it doesn’t matter.

“I have to say this to share my thoughts.

“Since the beginning of the crisis, I’ve disagreed with the attitude of Melaka Pakatan which is opportunistic and irresponsible until it dragged the crisis on towards the dissolution of the Melaka State Legislative Assembly and state polls,” said Pasir Gudang MP Hassan Abdul Karim in a statement yesterday.

The outspoken lawmaker also took a swipe at Pakatan’s central leadership for failing to address the crisis appropriately with guidance and the right leadership.

“Now, what has happened in Melaka is a fiasco for Pakatan in Melaka and Pakatan as a whole,” he said.

In another statement on Facebook, Johor PKR deputy chairman Jimmy Puah Wee Tse urged his party to do the right thing during the Melaka state election.

The Bukit Batu assemblyman said the party should throw away the “frogs” and not give chance to “political prostitutes”.

This paved the way for state polls to be held within 60 days of the dissolution of the Melaka state assembly.

On Monday, Norhizam and the other three assemblymen were reportedly given a warm reception during a Pakatan event.

Before the dissolution of the 28-seat Melaka state assembly, Umno had 13 seats, followed by Bersatu’s two, and two Independents.

Melaka state polls will be held on Nov 20 with nomination day falling on Nov 8.