KOTA KINABALU: It is important to keep prices of domestic air travel fair, as many people, including families and students, are starting to travel following the opening of state borders, says a consumer group.

"People have not been able to meet their families for two years because of the movement controls.

"This has greatly affected students from Sabah who want to go to Peninsular Malaysia, and also those from east coast Tawau, Sandakan and Lahad Datu areas," said West Coast Smart Consumers Association president David Chan in a statement on Friday (Oct 15).

He said that from feedback received, travellers had to pay RM600 for a round trip from Kota Kinabalu-Kuala Lumpur, which had more than doubled as previously, they could get such fares at half the price and even cheaper through early bookings.

"No doubt, many people have not been able to do early bookings to get cheaper rates as interstate travel has just been allowed. Airlines must give some leeway and provide fair prices.

”The issue of increasing the price of domestic flight tickets should not happen in the current situation," said Chan.

“Aviation agencies should not take the opportunity to raise fares at this time, as most of the passengers are those who need to travel after they could not do so during the movement control order.

"Some of them have lost their jobs over the past two years. They also want to return to their hometowns to visit their families," he added.

Chan hoped that the Transport Ministry would intervene in the possible increase of domestic air travel price and hoped that the airlines would lower and provide fair and reasonable fares for travellers.

However, he said that the Malaysian Aviation Commission (Mavcom) would monitor flight ticket prices for all domestic routes. 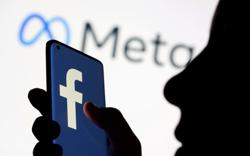