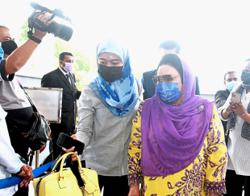 PUTRAJAYA (Bernama): Datin Seri Rosmah Mansor's (pic) application to stay her ongoing corruption trial pending disposal of her appeal against the High Court's dismissal of her bid to nullify the trial proceedings will be heard on Monday.

Both lawyer Datuk Akberdin Abdul Kader representing Rosmah and deputy public prosecutor Ahmad Akram Gharib, when contacted, confirmed that the stay application will be heard in the Court of Appeal on Monday (Oct 4).

Akberdin, meanwhile said the court fixed Oct 13 for another case management for Rosmah's appeals against the High Court's decision in dismissing her application to nullify her corruption trial over the Sarawak schools solar hybrid project and to disqualify Datuk Seri Gopal Sri Ram as senior deputy public prosecutor.

The case management for the stay and the appeals came up before Court of Appeal deputy registrar Mohd Khairi Haron on Tuesday (Sept 28).

On Sept 24 this year, Rosmah, the wife of former prime minister Datuk Seri Najib Razak lost her bid in the High Court to declare her corruption trial a nullity as well as to remove Sri Ram as lead prosecutor.

In dismissing both of Rosmah's applications, High Court Judge Mohamed Zaini Mazlan said the authorisation given by the then attorney general (AG) Tan Sri Tommy Thomas to Sri Ram to conduct the criminal prosecution in Rosmah's case was without doubt validly done under Section 376 (3) of the Criminal Procedure Code (CPC) in his capacity as the Public Prosecutor.

He said Thomas had clearly stated that he had, after appointing Sri Ram to lead the prosecution in 1Malaysia Development Berhad (1MDB) cases, subsequently authorised him (Sri Ram) to conduct the prosecution for the criminal cases against the applicant (Rosmah).

Rosmah filed the two applications at the High Court on May 6 this year, seeking to nullify her entire trial, in a bid to be acquitted of all three charges and also sought to remove Sri Ram as lead prosecutor.

It was an inducement to help the company (Jepak Holdings) to secure the Hybrid Photovoltaic Solar System Integrated Project and Maintenance and Operation of Genset/Diesel for 369 rural schools in Sarawak worth RM1.25bil through direct negotiation from the Education Ministry.

She was accused of dishonestly soliciting for herself, made through Rizal at Lygon Cafe, Sunway Putra Mall, Jalan Putra, Kuala Lumpur between March and April 2016.

For the second charge, Rosmah was alleged to have dishonestly received for herself RM1.5mil from Saidi for the same purpose at her residence in Jalan Langgak Duta, Taman Duta on Sept 7, 2017.

Rosmah is also facing the third charge of accepting gratification of RM5mil from Saidi through Rizal for helping Jepak Holdings to secure the same project on Dec 20, 2016, at Seri Perdana residence in Putrajaya between January 2016 and September 2017.

On Feb 18 this year, the High Court ordered Rosmah to enter her defence on all three corruption charges and she is scheduled to take the stand when the defence begins its case on Oct 5. - Bernama 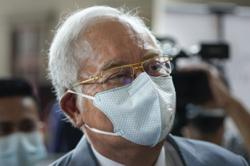