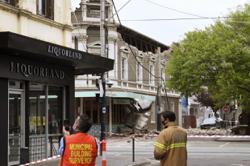 A person walks past damage to the exterior of a restaurant following an earthquake in the Windsor suburb of Melbourne, Australia - Reuters

KUALA LUMPUR (Bernama): No Malaysians were adversely affected by the magnitude 6.0 earthquake which struck near Melbourne, Australia on Wednesday (Sept 22), says

Mazita advised fellow Malaysians to remain calm in the wake of the natural disaster and said that the Consulate General's office in Melbourne will continue to monitor the situation.

"No deaths or serious injuries or any involvement of Malaysians have been reported so far following the earthquake," she said in a reply to Bernama.

A magnitude 6.0 earthquake struck near Melbourne on Wednesday, which is said to be one of the country's biggest quakes on record, causing damage to buildings in the country's second-largest city and sending tremors through neighbouring states.

"Property damage was reported in Mansfield and within Melbourne, with 46 reports of damage were recorded. Approximately 35,000 residents and a hospital initially lost power, but power was quickly restored," she said, adding there are some 779 Malaysians registered with the Consulate's office.

For further information and updates, Malaysians are urged to contact the Consulate via email at mwmelbourne@kln.gov.my, through the landline at +613 95735400 or emergency line at: +61403 859 500 or the portal at www.kln.gov.my. 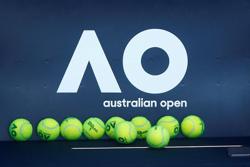